Driving under the influence in Long Beach (or anywhere else in California, for that matter) can result in fatal injuries as well as manifold penalties to drivers caught and convicted. Unfortunately, despite massive multi-million dollar educational campaigns, DUI continues to be a serious problem throughout the southland and beyond. 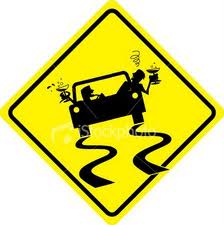 Those of you out there who have recently been charged with driving under the influence in Pasadena, DUI in Burbank, DUI in Glendale, or DUI in Los Angeles – or who have a relative who faces charges – likely want to understand celebrity DUI stories not just at a surface level but also at a deeper level. Namely, you want to know how the law gets applied to unclear or tricky DUI situations, and you want reliable resources to deal with your legal challenges.

Let’s look at three newsworthy celebrity DUI arrests that happened in the days leading up to Christmas Eve 2010:

According to Maryville, Tennessee’s The Daily News, University of Alabama football protégé, Aaron Douglas, got stopped for driving erratically and blowing through a stop sign. After refusing a blood alcohol test and doing “extremely poorly” on field sobriety tests (FSTs), he got arrested and charged with DUI. Douglas’s hearing will be held on 12/29 in Blount County.

In Oakland, City Councilman Ignacio De La Fuente got pulled over on the 880, an Oakland area freeway. De La Fuente had been pulled over just for speeding, but the CHP officer suspected him of DUI and subjected him to field sobriety tests, which he failed.

23-year-old Sergio Kindle, a rookie with the Baltimore Ravens, got slapped with a DUI charge after an officer saw him weaving around on Route 1. The former University of Texas phenom had to make a $10,000 bond, and his football future has been cast into further doubt by the incident. (The Ravens did recover from Kindle’s arrest; hours later, they beat the Cleveland Browns 20-10 to clinch a berth in the 2010 playoffs.)

In all of these three minor celebrity arrests, suspects faced “field sobriety tests” (also referred to as FSTs). In Long Beach, if you are pulled over under suspicion of driving under the influence, a police officer will administer a series of physical and mental examinations. These will include (but may not be limited to):

Officers will also look for so-called “symptoms” of a Long Beach DUI – such as bloodshot eyes, odor of alcohol on your person, or your admission to having consumed intoxicants – to assemble enough probable cause to make an arrest.

Once you have been charged, your actions – including your choice of attorney – can have a profound influence on your future and financial well-being. A Long Beach criminal defense attorney, such as Mr. Michael Kraut of Los Angeles’ Kraut Law Group, can be instrumental in designing and executing a sound and sturdy rebuttal to the prosecutor’s charges.

As a Harvard Law School educated former LA prosecutor, Mr. Kraut has the wherewithal, resources, knowledge, and intuition for the system to deliver precisely the kind of defense you need.