It’s painful to be arrested for DUI in Long Beach or elsewhere in Southern California. It would probably be doubly painful if you represented defendants charged with driving under the influence for a living. And triply humiliating if you also served as a lawmaker. 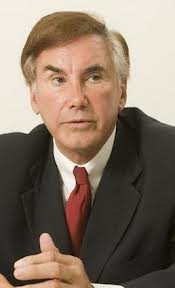 Poor David Burnell Smith of Arizona recently suffered these three ‘stings’ simultaneously after Scottsdale police arrested him near Westland Road and Pima Road. They hit Smith with two charges of driving under the influence for impairment and for having a BAC in excess of 0.08% (also the limit for Long Beach DUI, as defined by California Vehicle Code Section 23152).

According to the Arizona Republic, Representative Smith – who had recently lost a primary race – was seen swerving around in his Chrysler 300, endangering other people on the road. After the police stopped him, he ‘stumbled’ out of his vehicle and refused to participate in FSTs (Field Sobriety Tests). He also inhaled (instead of exhaling) into a breathalyzer test before finally complying – and blowing a 0.137% BAC. Again, the legal limit for both CA and AZ is 0.08%. That reading was nearly double what’s allowed.

This would all be pretty embarrassing for a state representative, but Smith is also a lawyer who makes a living ‘fighting for those who have been arrested and/or charged with DUI.’

Smith claimed that he had swigged mouthwash before getting behind the wheel. As we’ve discussed at length on this Long Beach DUI blog, it is true that substances like mouthwash can throw off your breathalyzer test readings. Indeed, these tests are often surprisingly poorly calibrated, poorly executed, and poorly interpreted. An experienced Long Beach DUI defense attorney may be able to help you challenge the results and either reduce your charges or get them eliminated completely.

That being said, it’s a mistake to assume that you will be able to easily eliminate your DUI charges – or even successfully challenge breathalyzer test results. DUI law is extremely nuanced, and prosecutors are neither dumb nor particularly overly accommodating.

Fortunately, you can turn to Long Beach DUI criminal defense lawyer Michael Kraut, and his team at the Kraut Law Group here in Long Beach, for an insightful, thorough, and strategic defense. Attorney Kraut has delivered big successes for his clients in complex DUI cases. He also worked as a prosecutor for the city for nearly a decade and half. So he understands how prosecutors think and work, and he maintains excellent relationships, which he leverages to help his clients get good strategic outcomes.