A week ago Sunday, Bryson Smith, a 22-year-old baseball player for the University of Florida, got smacked with a DUI charge and taken to Alachua County Jail – Long Beach DUI experts and others who follow the world of sports news have noticed an uptick in stories about young athletes like Smith getting in trouble for driving under the influence, violating the terms of their contracts, and generally tarnishing the reputations of their sports. 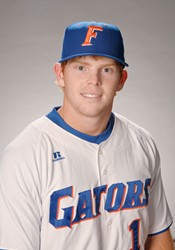 As this blog has relentlessly pointed out in discussions about DUI in Pasadena, DUI in Glendale, DUI in Burbank, and DUI in Los Angeles, sports and DUI simply do not mix. But professional bobsledders, GMs of the nation’s most prestigious teams, and superstar MLB and NFL players alike seem to be getting in DUI trouble these days. Why? What’s going on?

More specifically, what happened to Smith?

According to Gainesville Police Department reports, the 22-year-old had been out with his friends at a bar called Cantina 101, when officers saw his vehicle swerving around Northwest 22nd Street, making unusually wide turns and drifting across lanes. Officer Jessie Bostick pulled the suspect over and put him through field sobriety tests (FSTs), which apparently did not go so well.

Officer Bostick reported that Smith “performed poorly on field sobriety exercises… and had bloodshot and glassy eyes.” After Smith was arrested and taken to jail, he refused to take a breathalyzer test. His coach, Kevin O’ Sullivan, released a statement: “I am aware of the charges against our baseball student athlete, and we take these very seriously… Bryson Smith has been suspended from the team effective immediately.”

Coach O’ Sullivan clearly did not want to have to suspend his key player – Smith was hitting .345 for his team with 5 RBIs on the season – one of them a game winner.

The symptoms of a Long Beach DUI that police look for are often “obvious.” In this case, the officer saw Smith swaying from side to side and observed him to have glassy and bloodshot eyes. Other common symptoms include: inability to respond to officer questions, odor of alcohol on the breath, admission to having drunk alcohol (Smith said he had one beer), empty containers of alcohol in the vehicle, slurred speech, loss of coordination, and inconsistent story telling.

As we just said, these symptoms seem “obvious.” Unfortunately, what often might appear to be clear signs of intoxication can actually be attributable to something else. For instance, someone can pull an all-nighter and thus have red bloodshot eyes because of fatigue. Someone might be uncoordinated and not be able to “get it together” enough for FSTs.

Conversely, just because you test negative for symptoms doesn’t mean that you are NOT DUI. For instance, a trained athlete with a great sense of balance might be able to pass the “walk the line” test with flying colors… even with a BAC more than twice the Long Beach DUI legal limit.

A Los Angeles criminal defense attorney, like Michael Kraut of the Kraut Law Group (444 West Ocean, Suite 800 Long Beach, California 90802 Phone: (562) 531-7454), can answer your questions about your DUI case. Talk to a Harvard Law School educated ex-prosecutor about your best and smartest plan to deal with the charges.