In 2007, “Freaky Friday” actress Lindsay Lohan was arrested on a relatively routine charge of driving under the influence in Los Angeles. 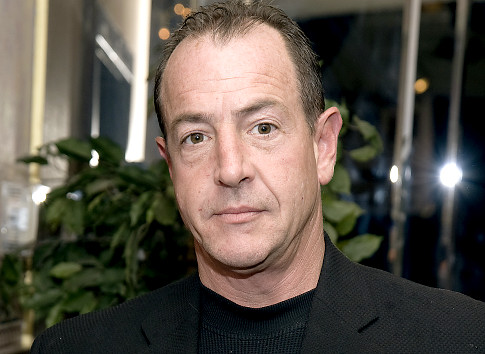 Since then, Lohan has engaged in bizarre behavior, faced probation violations, and generally conducted herself publicly in what one might charitably describe as an “unusual” manner.

In a two part series, we are going to take a look at some of the most recent developments in Lindsay Lohan’s post 2007 Los Angeles DUI saga.

In this article, we will discuss the latest legal trouble facing her father, Michael Lohan. In a post later on this week, we will talk about Lohan’s amazing offer from Playboy Magazine to strip naked for the magazine for $1 million.

But first, let’s review what happened to Michael Lohan. According to TMZ.com and other outlets in the blogosphere and major media, Lohan was arrested in Florida last week… twice!

Early in the week, Michael allegedly hit his ex-girlfriend, Kate Major, at her apartment, sparking an arrest on charges of domestic violence. Barely 12 hours later, Michael called Kate and harassed her. Concerned for her safety, she called the Tampa police, who responded. Officers considered Michael to be a threat, so they headed to place him under arrest.

What happened next? Something completely amazing: instead of submitting quietly to the arrest, “Michael tried to escaping by hopping his third store balcony…but fell 34 feet to the ground, crashing onto some wooden chairs…and then he try to hide in some trees.”

Needless to say, Michael was ultimately apprehended and placed under arrest for violating the condition for his pretrial release and resisting arrest. Kate later told TMZ, clearly in fit of pique: “he [Lohan] has no regard for the justice system. He can beat up women, but Mr. Tough guy who slurred his words calling me five times after getting into jail wasn’t too tough by jumping off a third floor balcony into a tree to try to flee from going back to the same jail he just got released from less than 12-hours ago.”

Wow. It’s a big mess, and it appears to be getting bigger.

Of course, it’s important to try to draw some lessons from the sordid public tales of the Lohans’ runs-ins with the law, as opposed to merely mindlessly spectating the downward spiral.

Driving under the influence in Los Angeles or anywhere else in California is a crime punishable according to California Vehicle Code Sections 23152(a) or 23152(b). The punishments can be quite severe – they can include jail time, forced probation, loss of driver’s license, mandatory alcohol classes, indirect bad effects on your insurance rates, etc. If you complicate the situation by, for instance, hurting someone while DUI, resisting arrest, etc, you could face additional charges, including the possibility of having a misdemeanor charge elevated to a felony charge.

Fortunately, an experienced Los Angeles criminal defense attorney at the Kraut Law Group (6255 Sunset Boulevard, Suite 1520, Los Angeles, California 90028) can help you. Michael Kraut, the lead attorney, is a former city prosecutor (14 plus years as a Senior Deputy DA), and he has great relationships with prosecutors and a deep understanding of how the legal system works on a practical level.