As someone who’s been recently charged with DUI in Long Beach – or who knows a friend or family member recently charged – you might be inclined to be sympathetic to rapper DMX, who was busted for DUI recently in South Carolina. 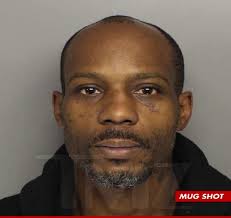 According to reports, the 42-year-old rapper, who goes by DMX but whose given name is Earl Simmons, was busted near Greenville, South Carolina at around 3 AM Friday morning.

TMZ published dash cam footage of X in the car. The police officer who stopped X inquired about his drinking behavior. X originally said he only had single drink but later apparently confessed to having had four or five.

Confusion reigned after the DUI stop as well.

At first, X’s publicist fervently denied the charges. Dominic Niti told the press: “allegations about DMX being arrested for drunk driving are false … he was arrested early this morning but quickly released. X was given a breathalyzer test and he easily passed it.”

But that’s not what the Southern Carolina Highway Patrol said.

The rapper faces a DUI charge on top of charges that he wasn’t wearing a seatbelt and that he didn’t have a driver’s license with him. X has faced a variety of legal challenges recently. In 2008, he was busted in Phoenix for reckless driving and for cruelty to animals. Last year, he got arrested in South Carolina for driving sans a driver’s license.

So how might DMX’s tale of woe influence your quest to deal with your own (or your family member’s) Long Beach DUI charges?

First of all, appreciate that no one is above the law. Even famous rappers, artists, business people, and politicians must follow the law of the land or face unpleasant consequences.

Second of all, appreciate that just because things seem bad right now doesn’t mean that you’re doomed to an unfair sentence or a life of struggle from here on out. The reality is that life is long. You should have opportunities to repair and apologize for the damage that you did and to rebuild your life.

If you haven’t yet connected with a Long Beach DUI defense attorney, like Mr. Kraut of the Kraut Law Group, consider doing so, ASAP. While no attorney can guarantee results, you might be surprised by how much better you’ll feel after getting clear about your potential punishments and options. Mr. Kraut and his team are sensitive and compassionate. They’re also well-known for their aggressive, intelligent approaches to complex Long Beach DUI cases. Connect today to schedule a free and thorough consultation.