The act of driving DUI in Los Angeles is dangerous enough. But when you combine a DUI charge with animal cruelty, the situation is almost unspeakable. 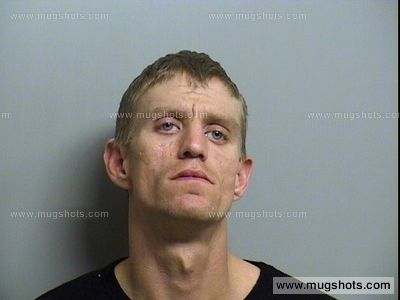 People do bad things, for reasons both understandable and opaque. Bearing that in mind, let’s take a look at a recent Los Angeles Weekly story about a local man named Thomas Naylor, who was arrested on July 7th, after witnesses saw him drive DUI on Washington Boulevard. They say Naylor stopped his car, and took out a “severely ill” dog named Cruiser, and dumped the dog on the ground. Fortunately, people saw this happen, and they took the dog to get emergency veterinary care. The animal was ultimately stabilized.

The outcome was not as positive for Naylor, however.

Police tracked him down and arrested him. He was charged with DUI, driving without a license, and intimidating witnesses as well as animal cruelty. Naylor recently pled no contest to the animal cruelty charge as part of the plea deal, and he got the other charges dropped. Naylor still faces a hefty sentence, however — a full year in county jail along with three years of formal probation.

Plus, he is no longer allowed to own a pet, and he must pay for the poor pit bull’s hospital bills.

The story does have a silver lining: Cruiser managed to heal from his sickness and get adopted into a new home.

One year in county jail is a long time. You can earn nearly that amount of jail time just for a conviction of a misdemeanor DUI, per California Vehicle Code Section 23152(a) or 23152(b).

But punishment for Los Angeles DUI is not just limited to jail time.

Other kinds of nastiness may await you, even for a first time, non-injury misdemeanor DUI:

• The court may compel you to pay for and install an interlock ignition device (IID) in your vehicle. This machine will prevent you from operating your car or truck, unless you blow a sober breath into the machine;
• Mandatory alcohol education school;
• Spikes in your auto insurance rates (almost inevitable, if you’re convicted of DUI);
• A California driver’s license suspension;
• Stringent terms of probation;
• Serious court costs, fees, fines, etc.;
• Points on your license;
• Ratcheted punishments if/when you ever get arrested and convicted again for DUI or other crimes in Southern California.

First and foremost, if you haven’t spoken with an experienced Southern California DUI defense attorney, connect with one ASAP. Michael Kraut is a Harvard Law School educated former prosecutor who has a wide range of experience with DUI cases. When he was a prosecutor, he earned a success rate in jury trials in excess of 99%. Connect with attorney Kraut now for help.