When the flurry of news about Lindsay Lohan’s 90-day jail sentence for violating her Los Angeles DUI probation hit the fan a few weeks ago, this blog deliberately avoided covering it because there was simply too much sensationalism about it in the press. However, given the layers and twists and turns that the story has been taking, any blog devoted to covering news related to driving under the influence in Southern California would be remiss if it did not address the latest developments in the case. 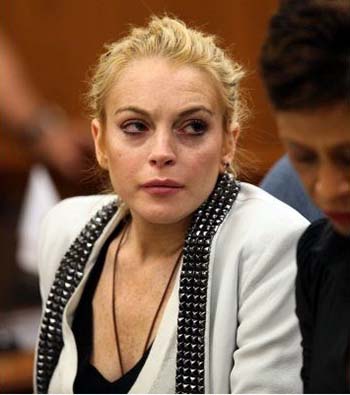 Last week, Lohan hired Robert Shapiro, the criminal defense attorney who once represented O.J. Simpson. She also checked into a rehab facility that the famous lawyer set up. Lohan faced flack (and some praise) from fans and celebrity gossipmongers for her covert communications (via drawing on her hands) and general histrionics.

Obviously, without knowledge of the details of her Southern California DUI case, it is not fair to weigh in one way or another. That’s a key point. You really have to be careful about what you read in the media, as news stories automatically tend to oversimplify and skew coverage. Although the American legal system operates on the principle of “innocent until proven guilty,” often, the public press works on just the opposite principle – guilty until proven innocent.

All this is to say that, if you or a loved one faces a similar battle against a charge of Hollywood DUI, you want facts and strategic guidance – not opinions and theories based on hearsay.

For instance, how well do you know the penalties for Southern California DUI? As you may have read, Lohan got approximately three months in jail for violating the terms of her probation. But what exactly does that mean? What do convicted DUI offenders typically face, punishment-wise? Does the court have leeway? Can your lawyer help reduce your sentence? And what happens if you collect more than one DUI? These are all critical questions – and the answers can be dynamic. That’s why having a Hollywood DUI attorney provide good strategic guidance can be crucial. That said, let’s just review again some basic parameters.

Second time convicts (within 10 years) face jacked up penalties, such as at least four days in jail instead of 48 hours, a minimum of 18 months in DUI alcohol school as opposed to six weeks, a two-year driver’s license suspension as opposed to one year, increases in court costs and fines, and likely stricter terms of probation.

And as you get more and more DUIs within a 10-year period, your penalties increase incrementally. Under some circumstances – for instance, if you cause an injury to someone while DUI in Hollywood – your charge could be elevated from a misdemeanor to a felony.

The point is, whether you are a high profile defendant on the order of Ms. Lohan or whether you face a “workaday” Los Angeles DUI charge, you really need expert guidance to try to minimize your sentence and maximize your chances for a healthy and safe recovery.

To that end, please consider connecting with Attorney Michael Kraut of Los Angeles’ Kraut Law Group. He is a Harvard Law School educated former prosecutor – with a tremendous amount of jury experience and a strong reputation in the Los Angeles legal community. Attorney Kraut can deliver the experience and strategic focus you need to present your best case.