Two months ago, Mary Kennedy, the soon-to-be ex-wife of Robert F. Kennedy, Jr., was pulled over for DUI in Bedford, New York – a surprising arrest that sparked heated discussion among the bloggers and pundits who track celebrity Los Angeles DUI matters. 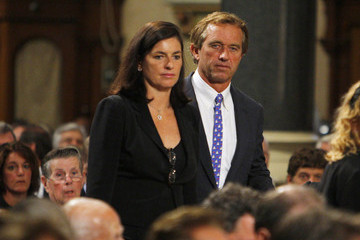 Background of her arrest follows:

On May 13th, the day after Mr. Kennedy filed for divorce, he and Mary Kennedy had a public fight regarding whether or not they should take their four children to a carnival. Officers got called to resolve the domestic dispute, at which time, according to police documents, Mr. Kennedy accused his wife of being “intoxicated and…acting irrational.”

On May 15th, the Bedford police pulled over Mrs. Kennedy at around 9:15 p.m. after she was seen driving onto the curb on Greenwich Road. The arresting officer noted that her speech was slurred, and her BAC tested at higher than 0.08% – the legal limit for DUI in Southern California as well as New York. To-date, neither party has made public comments on the upcoming divorce filing. On July 22nd, Mrs. Kennedy will have her day in court for her DUI.

Broader Implications
Whether you are pulled over for driving under the influence in Glendale or Bedford, NY, police will examine a range of evidence to render a judgment about whether you are DUI or not. The arrest report noted that Mrs. Kennedy had slurred speech, which can be a symptom of DUI in Glendale (or really anywhere in the country). What other symptoms do officers look for? Here is a partial list:

• Incoherent or inconsistent stories about where the person has been/is headed.
• Incomprehensible or overly slow or overly rapid responses to police questions.
• Slurred speech.
• Bloodshot/watery eyes.
• Poor motor control.
• Any kind of inappropriate reaction, such as manic or overly aggressive behavior.
• Odor of alcohol on the person or in the person’s vehicle.
• Lack of balance.
• Abnormally slow pupil reaction time (failing the horizontal gaze nystagmus test)

What if you or a loved one failed a Pasadena DUI sobriety test? What can you do to shield yourself against potential legal blowback and clear your record? Furthermore, how can you prevent getting into dangerous and legally uncomfortable situations like this again?

Your best strategy may be to find an experienced and reputable Los Angeles DUI attorney.

Michael Kraut of Hollywood’s Kraut Law Group can give you the strategic guidance that you crave. Attorney Kraut worked for a long time as a prosecutor of Los Angeles DUI cases (14+ years). You might at first think — why would a prosecutor be useful if you need a criminal defense attorney? But the truth is that former prosecutors like Attorney Kraut not only deeply understand how prosecutors think (because he was one) but they also can use that knowledge and their many connections to deliver results that other attorneys who lack this experience simply cannot do. On top of that, Attorney Kraut has a Harvard Law School education and a fantastic rate of success at jury trials.