When you got arrested for driving under the influence in Long Beach, you were not exactly pleased. No one is. 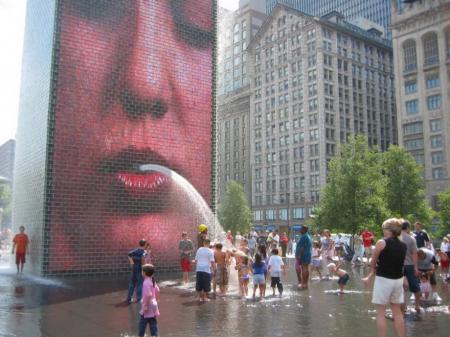 The decisions you make after you get stopped, however, can have an enormously profound impact on your ability to fight the charges — i.e. to get them dropped or pled down to lesser offences — as well as on your capacity to regain emotional equilibrium after the event.

For an extreme example of what “can go wrong” after a DUI arrest, let’s turn our attention northwards to Boise, Idaho. Last week, police arrested 53-year-old James P. Krapp (real name) for driving under the influence and a host of other crimes.

Here’s how one news source put it:

“Things went from bad to worse when Boise police say a man was involved in a car crash, drove away from the scene of the accident, was booked for drunk driving, kicked the leg of a police officer and spit in the face of an employee of the Ada County Jail.”

Here are some other details.

Krapp allegedly smashed into a vehicle near Emerald Street and Maple Grove Road; and then he tried to leave the scene by turning off his headlights and taillights. The Boise police officer who witnessed the crash followed Krapp and tried to get him to pull over. Eventually, the officer had to wrestle the 53-year-old from his car.

After Krapp was taken into custody, officers noted that he had blurry eyes, slurred speech, smelled like alcohol, etc – typical symptoms of Long Beach DUI or DUI anywhere. While in custody, Krapp continued to act out by kicking an officer and spitting in a jail employee’s face.

All told, he now faces multiple counts including:

• Misdemeanor DUI
• Misdemeanor leaving the scene of an accident
• Misdemeanor battery
• Felony battery on an officer
Understand that just hitting a vehicle while DUI in Long Beach (or elsewhere) is a serious enough crime, even if you didn’t cause substantial damage or hurt anybody.
But notice all the extra charges that Krapp tacked on after the stop. He made his legal situation needlessly more complicated.

If something similar happened to you or someone you care about – if your Long Beach DUI arrest was simply a prelude to a night or even a weekend of criminal activity – you know how easy it can be to get into a pattern of making bad decisions and feeling like “there’s no way to stop.”

A Long Beach DUI criminal defense attorney at the Kraut Law Group (444 West Ocean, Suite 800 Long Beach, California 90802 Phone: (562) 531-7454) can help you “recombobulate” after everything that’s happened to you, so you can start rebuilding your life instead of continuing to tear it down.

Your Long Beach DUI situation is not over – not by a long shot. You still have powerful choices to make that can dramatically influence your likelihood (or not) of going to jail, paying thousands in fines and fees, and suffering other penalties and humiliations.
Connect with the Kraut Law Group in Long Beach today to discuss your most strategic next steps.