If you or someone you love was arrested for driving under the influence of alcohol in Pasadena recently – and it was not your first arrest on such charges! – you are not alone. The National Football League had a “multiple DUI” week last week: the Detroit Lions’ Nick Fairley, the Jaguars’ Justin Blackmon, and the Vikings’ Jerome Felton all got tagged for driving under the influence within 48 hours of one another. 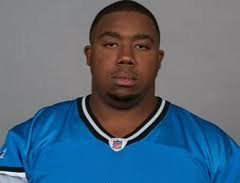 • Felton was stopped on June 1 and arrested under suspicion of DWI in Minnesota, after he refused to submit to a BAC test.
• Blackmon was hit on the morning of June 3rd – his second DUI in two years (we covered his arrest in detail in a separate blog post).
• Fairley, a defensive tackle for the Lions, was also hit for DUI on June 3rd – in Alabama.

According to reports, Fairley was arrested for DUI one month ago, too. His second arrest was fairly dramatic (no pun intended). Apparently, he had been piloting his Cadillac Escalade SUV at over 100 miles per hour while DUI and under the influence of marijuana. When a state trooper tried to pull him over, he refused to capitulate… and thus ultimately earned himself a charge of eluding the police. Finally, he also lacked insurance for his SUV, so he got stuck with “no proof of insurance charges” as a kind of proverbial cherry on top!

You can look at these three arrests and conclude that “something must be wrong” with the NFL. There very well might be. But understand that just looking at single weekend’s worth of arrests (or non arrests) can easily mislead. This is a myopic perspective – a narrow-minded one. We would need to look at the DUIs in context to understand their deeper meaning for the NFL.

Similarly, it would be narrow-minded to say anything definitive about your life or your personality or your potential for recovery just by looking at how you behaved during and immediately after your Pasadena DUI arrest.

That being said, if you don’t handle your DUI effectively and resourcefully, you could face profound punishments. These could go well beyond jail time and license suspension. (Those two punishments are the most prominent in many defendants’ minds.)

Think about what might happen to your insurance rates over the next several years as a result of a DUI conviction, for instance. And have you contemplated what will happen to your professional reputation and credentials if your Pasadena DUI charge sticks?

To resolve the stress, uncertainty, and fear, you need good allies and powerful resources. An experienced, savvy attorney with the Kraut Law Group (790 East Colorado Boulevard, 9th floor, Pasadena, California 91101 Phone: (626) 345-1899) can help you understand exactly what to do next to maximize your chances of a positive result – perhaps even a dismissal of the charges entirely.