If you’ve been arrested for driving under the influence of marijuana or alcohol in Burbank, you are probably wondering how you’ll be charged, whether you’ll go to jail, and what you can do, if anything, to battle back. The law regarding marijuana DUI is rapidly evolving. And it’s evolving not just here in California but also in other states. 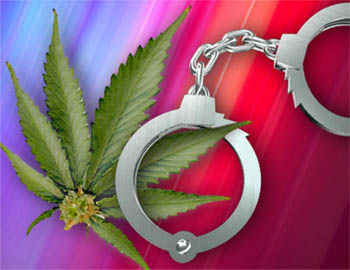 Last week, Colorado lawmakers scuttled a bill that would have created a “BAC-like” level for marijuana DUI. Colorado house bill 12S-1005 was defeated by a razor thin margin; had it passed, then Colorado drivers who drove with a THC level of more than 5 nanograms per milliliter of blood could be charged and convicted of a serious crime. The District Attorney for Boulder County told lawmakers that 15% of the impaired driving cases he sees involve marijuana, and that the vast majority of these cases require a lot of work and time to manage.

The D.A. and others argued that there need to be some standards. Law enforcement officials – and drivers and citizens – need to know what’s allowed and what’s not allowed, so they can make safer decisions and more efficient law enforcement decisions.

Opponents of the measure argued that the 5 nanogram THC level is an unfair standard, for a variety of reasons:

• Some marijuana users have a higher tolerance to the drug than others – thus one could have a high THC level in the blood and still be perfectly sober and capable of driving;
• The chemical THC gets stored in the people’s fat cells, so there is a latency effect. You can be stone sober, but the residual marijuana in the fat cells could screw up your reading and lead to unfair convictions;
• There is no clear method by which marijuana users can test themselves to know whether they are sober enough to drive – like there is with (admittedly flawed) devices like Burbank DUI breathalyzer tests.

If you or someone you care about has been arrested and charged with a marijuana DUI in Burbank or elsewhere in the Southland, Southern California criminal defense attorney Michael Kraut of the Burbank’s Kraut Law Group (2600 West Olive Avenue, 5th Floor, Burbank, California 91505 Phone: (818) 563-9810) can advise you and help you build a responsible, effective strategy to win back your freedom, protect your privileges, and move on with your life.