Occasionally, stories of DUI in Glendale and elsewhere get pretty weird. 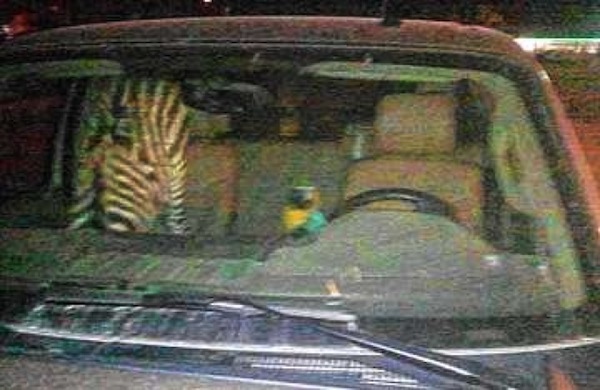 Last week, the zany action took place not here at Southern California but rather in the generally staid Midwest – Dubuque, Iowa, to be more specific. 56-year old Jerald Reiter was arrested in the parking lot of a bar called “Dog House” (appropriate) after police saw him driving around with a parrot and a baby zebra in his truck.

Officers saw the circus-like situation and made Reiter go through the paces of a field sobriety test. Perhaps unsurprisingly, the FST came back positive, and he was arrested and booked. One report said that Reiter had a habit of taking the Macaw Parrot and baby Zebra into the bar – a situation which no doubt caused quite a scene in the Dog House. In any event, Reiter is claiming that he is innocent.

If you’ve been put through the paces of a field sobriety test in Glendale, Iowa, or anywhere else, you know it can be a scary experience, even if you are used to being around wild, loud animals — and even if you have enough courage and bombast to make something of a spectacle of yourself at a public bar.

Field sobriety tests are no fun. It’s not that the actual test themselves are that physically demanding – balancing tests, walk the line tests, stand on one leg tests, finger to nose tests, and other FSTs are pretty basic stuff. But the emotional aspect of doing these tasks is difficult to metabolize. You realize that one small incorrect movement could mean a Glendale DUI arrest, followed by penalties such as jail time, driver’s license suspension, compulsory alcohol school, probation, points on your license, skyrocketing car insurance premiums, and on and on and on.

It’s difficult to enumerate all the factors that can make a sobriety test “go wrong” – nervousness, general lack of coordination, the whims of an officer, a legitimate stumble, fatigue, medications that are legal to use but which might interfere with your performance, etc.

All that said, the past is past.

If you or someone you care about has been arrested for DUI in Glendale, you almost certainly need the services of a professional, highly competent, and respected Glendale DUI criminal defense attorney. Look to the team here at The Kraut Law Group for guidance. Attorney Michael Kraut has a fantastic track record of helping defendants like you not only get results for their defense but also understand their rights, so they feel a degree of certainty and optimism throughout the whole process.