Heidi Androl, a former contestant on Donald Trump’s realty show “The Apprentice,” was arrested Monday December 7 for a Southern California DUI on the 105 Freeway. The gossip website TMZ.com reported that Androl had been partying at Club Nokia (in honor of Luc Robitaille) prior to her arrest. She was reportedly going 35 mph — significantly under the speed limit — prompting an anonymous citizen to call the police. The CHP subjected her to roadside sobriety tests, which she allegedly failed. 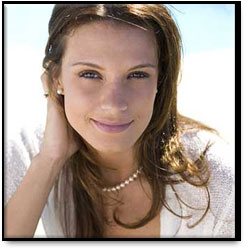 This eye exam is often the first test an officer will use on an individual suspected of driving under the influence in Los Angeles. An eyeball typically “jerks” as it tracks a moving object, like a flashlight. Theoretically, a police officer can estimate impairment based on the angle of this jerk. But the science underlying this test is flimsy.

a. one-leg stand test
b. walk the line test
c. finger to the nose test
d. Rhomberg test (in which a suspect leans his head back and counts up to 30.)

If the driver loses his balance, demonstrates poor reaction time, or shows a general lack of coordination, the officer might have reason to suspect Long Beach DUI.

Independent of the field sobriety tests (FSTs) administered, an officer may arrest a suspect based on intuition. Fortunately for defendants, an officer’s “gut feeling” won’t likely be admissible as serious evidence in court.

Defending your rights against charges as serious as misdemeanor DUI in Los Angeles can prove excruciating and complicated. Fortunately, you don’t have to battle alone. The experienced attorney Michael Kraut (of the Kraut Law Group in Los Angeles) can provide a free, no nonsense, and no-obligation consultation today regarding your matter. Attorney Kraut spent 14 years working as a Deputy District Attorney for L.A., and he has the practical knowledge of the law, tenacity, and understanding of the system you need to develop a superior defense strategy.