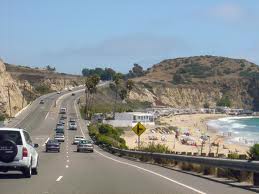 According to local reports from KABC, the woman hit the driver, who was rendering aid to a stranded vehicle. She then fled the scene. She made it two miles before she smashed into a parked car by the Malibu pier.

Police took her to the hospital, and they later arrested her for DUI in Malibu as well as felony hit and run. The tow truck driver died at the scene. He had been working for Platinum Tow, a company based in Westlake Village. Police closed the PCH all night to deal with the aftermath of the accident. They reopened it around 5 a.m. the next morning.

If you or someone you love was recently arrested for similar crime — e.g. driving under the influence in Malibu or DUI elsewhere in Los Angeles — hopefully your situation was less tragic.

But even if you “only” face a misdemeanor DUI charge, you can still wind up with a substantial jail sentence as well as strict probation terms, mandatory alcohol education classes, a long-term California driver’s license suspension, fines and fees and court costs, and sundry other punishments. On top of that, you could also face the indirect consequences of these punishments, including jacked up insurance rates, trouble getting to work or school, ostracism and judgment from friends and family, and on and on.

And obviously your legal challenges can be much harder if you left the scene of the accident (committed a hit and run) or hurt someone in the crash. For instance, you might face a felony DUI in Malibu charge, pursuant to California Vehicle Code Section 23153. (Misdemeanor events are generally pursued according to a separate CVC statute, 23152.)

So where does this leave you?

First of all, take a break and give yourself a little compassion.

You’ve been through a tremendous amount of pain and stress. You obviously didn’t want to get in trouble or to hurt anyone. Even if you were involved in a serious wreck, you can begin today to set yourself on a path towards rehabilitation and cleaning up your life.

The team here at the Kraut Law Group can help you make decisive, smart, and strategic plans to build your Malibu DUI defense.

Attorney Kraut is a former city prosecutor, who spent 14-plus years in the DA’s office and who rose to the position of Senior Deputy District Attorney. He is renowned in the Southern California legal community for his excellent work, aggressive service, and ethical, thorough treatment of cases.