The California Office of Traffic Safety recently received a grant of $450,000 to enforce DUI laws in Pasadena and elsewhere. 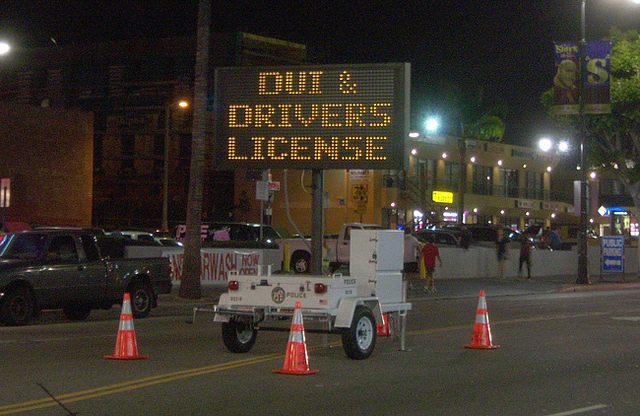 The 100 DUI Task Force, as it’s known, has been charged with a litany of tasks, including conducting DUI checkpoints and saturation patrols and running programs to target repeat offenders. The Task Force is very active during holidays known to be flashpoints for DUI activity in Pasadena and elsewhere, such as New Year’s Eve, Cinco de Mayo, Saint Patrick’s Day, and Super Bowl Sunday.

On the one hand, we should applaud the work of this Task Force and be grateful that police officers are out there, putting their lives on the line, searching for ways to improve public safety and get dangerous drivers off the road.

Indeed, although Michael Kraut serves as a vigorous, strategic, and highly successful defense attorney helping Pasadena DUI defendants, he and his team want safe roads – just like everyone else does.

Studies also suggest that DUI checkpoints have a place in keeping our Southland freeways and surface streets safe. One National Highway Traffic and Safety Administration study, for instance, suggested that DUI crashes decrease by 20% when checkpoints are strategically deployed. Checkpoints may be one of the most potent mechanisms police have to keep our streets safe.

The 100 Task Force — which gets support from the Sheriff’s Department, CHP, and LAPD — certainly does a lot of good for our community.

On the other hand, if you’ve been personally arrested for driving under the influence in Pasadena or elsewhere at a checkpoint, you likely need a smart defense.

You don’t just want to ‘get out of’ penalties like jail time, fees, spikes in your insurance, and humiliation at the office (and possibly getting fired). You want a great defense that strives to help you strategically with diverse problems in your life that pertain to your Pasadena DUI arrest.

For instance, maybe the police work in your case was sloppy or biased. Or maybe the breathalyzer device used had been miscalibrated. Or maybe an officer asked you to blow into the device very deeply – and thus your deep breath ‘threw off’ the reading by registering a BAC number that was higher than your actual BAC.

The point is: many things might have ‘gone wrong’ with the arrest. You may also be able to forge a strategic defense by admitting to aspects of the DUI crime but refuting others to minimize your punishment and maximize your chance of rehabilitation.

The endgame here is not simply to avoid punishments but rather to get your life back in gear, so you can be a safer driver, more effective citizen, and more mindful about your potential bad habits. Contact attorney Kraut today for help fashioning a thorough defense for your case.