Pulling over and taking a nap instead of operating a vehicle might appear to be a good way to avoid charges of DUI in Los Angeles. But people who decide to try this approach might want to double check what else is in the car before they close their eyes for some restorative sleep. 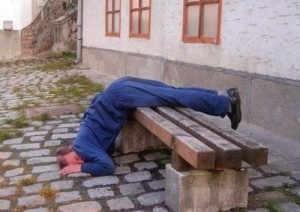 A driver from Colorado Springs, Colorado, will likely remember that precaution if he ever again gets the urge to take a nap after imbibing alcohol. The driver actually made several mistakes. He pulled into the parking lot of a youth sports complex early one Saturday morning in September but failed to turn off the motor of his truck. That attracted the attention of a nearby resident, who became concerned after the truck remained parked with the engine running for more than 90 minutes. When she peeped inside the window, she saw the man passed out with a can of beer between his legs and a gun (later identified by police as a nine-millimeter handgun) by his side. She alerted police, who rushed to the scene.

The driver is obviously a heavy sleeper. TV station KOAA 5 reported that police initially tried to wake him using a public address and their sirens. When that didn’t work, they ended up pulling him out of the car, using shields to protect themselves. They charged him with DUI and prohibited use of weapons.

At least Timothy J. Seeden of Lisle Village, Illinois, didn’t have a gun or an open alcohol container when police caught him napping. They found the Lisle village clerk, who is also a Boy Scout official, sound asleep in his car on a roadway. Police officers said he smelled like alcohol and admitted he had been drinking. Seeden, who has two DUI convictions dating back to the mid-1980s, will face new charges of DUI and driving without insurance.