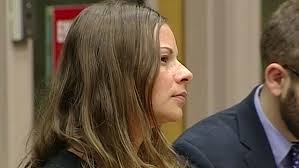 Driving DUI in Los Angeles is a dangerous and scary act, always. It puts everyone on the road at considerable risk. When you get behind the wheel after drinking, you assume responsibility for what happens to other drivers, as well as to your passengers. In light of that, consider the case of an Ohio woman recently arrested for driving DUI with seven young children in her SUV.

Not exactly an ideal situation.

Police pulled over 31-year-old Heather Horner on September 20 after witnessing her swerving in and out of marked lanes. At the time, seven children between the ages of 2 and 11 were riding as passengers in the car.

A breathalyzer test allegedly indicated Horner had a BAC that was twice the legal limit. Authorities charged her with DUI, failure to stay in marked lanes, and seven counts of child endangerment.

What Are the Consequences of Driving DUI with Children in the Car?

Although this case occurred across the country, the ramifications are profound and relevant. Prosecutors take the crime of driving DUI with children under 14 in the car incredibly seriously in the state of California. In addition to applicable misdemeanor or felony charges, DUI drivers can face additional sanctions, including:

•    Mandatory jail time. From 48 hours for a first offense to 90 days minimum for a fourth or higher conviction, anyone convicted of driving DUI with an underage passenger can spend a long time behind bars.

•    Separate child endangerment charges. California Penal Code Section 273(a) classifies driving under the influence with children in the car as either a felony or misdemeanor. (This type of charge is also known as a “wobbler” because it “wobbles” between a felony and a misdemeanor count.) If convicted, an individual can expect to spend six months to four years in prison.

Most Los Angeles DUI defendants who had young passengers with them at the time of their arrest had no intention of putting their children in harm’s way. The team at the Kraut Law Group can help you understand the charges you face, strategically fight back, protect your family and handle the diverse challenges of DUI defense. Call a qualified former city prosecutor now to discuss your defense.