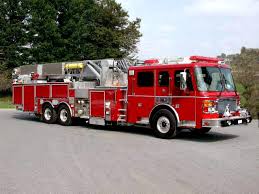 When it comes to DUI in Los Angeles, uniformed men and women can be either victims or perpetrators. Recent incidents in Carlsbad, California, and Lexington, Kentucky, shed light on this dichotomy.

Jarad McCargo, a firefighter in Lexington, lost his job September 22 as a result of an accident in which he struck three people with his vehicle while allegedly under the influence. The 36-year-old reportedly backed his Ford Expedition into a local bar, The Beer Trap, critically injuring Noel Espino and hitting two others. After the collision, he fled the scene and hid behind several trash cans before police located and arrested him. McCargo’s charges include:

While the checkpoint served to raise awareness regarding the dangers of DUI driving, authorities also dedicated it to the memory of two officers:

•    Officer Sean Nava. Nava died in October 2000 when a DUI driver struck him as he responded to a DUI crash.

Officers and bereaved family members alike hope the memorial checkpoint will cause people to think twice about driving under the influence and hold their friends and loved ones accountable.

Regardless of your professional background, injuring or killing another person when driving drunk is a devastating offense for everyone involved. The potential repercussions for your freedom and future are severe, but an experienced Los Angeles DUI attorney can help. Contact the Kraut Law Group today to discuss your case and begin forming your defense.