Drug DUIs in Los Angeles are filed according to California Vehicle Code Section 23152(a), which makes it a crime if you operate a motor vehicle while under the influence of marijuana, alcohol, or any other type of drug, both illegal and prescription. 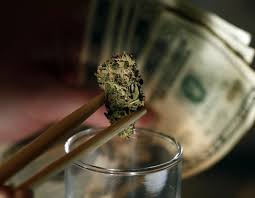 Marijuana law is changing at a rapid place, here in California and in other states. As you may be aware, Colorado recently became the first state in the nation to legalize marijuana, and the CO state legislature just passed two historic marijuana bills to regulate and tax the substance.

The Colorado Senate approved House Bill 13-1325 by a margin of 24 to 11 and sent the law to Governor John Hickenlooper, a Democrat who supports the initiative. HB 13-1325 creates a testable, objective legal limit for DUI for marijuana of 5 nanograms (or more) of delta-9 tetrahydrocannabinol per liter of blood. That substance is marijuana’s major psychoactive ingredient.

For years, Colorado lawmakers debated this bill fiercely. Advocates say that police officers need to measure marijuana DUI impairment objectively, to keep the state’s road safer. Opponents respond that the 5 nanogram standard is inappropriate because different people process marijuana differently. Someone who is effectively totally sober may still have a positive or near positive reading on this type of blood test, for instance, because of their biochemistry; whereas another person who’s actually legitimately under the influence might not even test positive.

In any event, the bill will almost certainly have reverberations throughout the nation, as more and more states push forward with efforts to legalize the drug. And the Golden State is almost certainly likely to proceed with legalization before, say, Georgia or Louisiana.

Los Angeles DUI drug testing
There are no breathalyzer tests for marijuana in Los Angeles. Instead, police officers can have you do a urine or blood test. Drug DUI cases are more difficult for prosecutors to win because many police lack the training to look for and catalog the objective signs of drug DUI. This lack of rigor gives an opportunity for an experienced Los Angeles DUI drug defense attorney to rip into the so-called science that prosecutors want to try to use against you.

Of course, if you fail in your efforts, the consequences can be pretty severe.

Not only can you earn jail time, fines, fees, and license suspension, but you also might be required to register as a narcotics offender with local police. You can lose your job or special security clearance, if you work in a classified job. And you can suffer tremendously due to the “downstream” effects of the conviction. For instance, if you lose your license and your job, you might not have money to support your family, which can add stress to your relationships and health.

Get in touch with Southern California drug DUI defense attorney Michael Kraut today for assistance with your case. Mr. Kraut has cultivated great relationships with law officials throughout the Southland, and he can provide a free and confidential consultation.