It’s more typical for celebrities to get arrested for driving under the influence in Burbank than to get tagged for DUI in some far-flung region like Oregon. But life can be peculiar. In the case of “Lost” actor Matthew Fox, that’s exactly what happened. 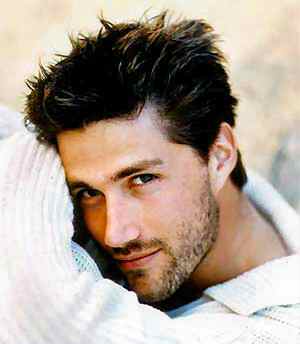 Last Friday, police pulled Fox over in Bend, OR, after he failed to signal and remain in his lane. The gossip site TMZ.com reports that Fox had been on his way to a fast food joint. Fortunately for Fox’s publicist, the mugshot machine at the local Oregon station was out of order, so there will not be a Nick Nolte or Mel Gibson style Los Angeles DUI celebrity mugshot to follow him around. Fox’s career also seems to be pretty solid: even though Lost is wrapped, he’s still getting work. He will be appearing in WORLD WAR Z, an epic zombie film produced by Brad Pitt.

Fox’s celebrity DUI is not his first – but he does have a small history of legal problems. Last August, he got into an altercation with a bus driver in Los Angeles; he allegedly punched her in the face. The bus driver then sued Fox, who countersued, saying that she hit him first. It sounds a bit like grade school – but with higher stakes for the winners and losers.

Celebrities and non-celebrities alike must obey the Burbank DUI laws. The most critical laws to know – whether you’ve personally been stopped for DUI, or someone you love or care about has been arrested – are California Vehicle Code 23152(a) and 23152(b). These govern the so-called “standard” Burbank misdemeanor DUIs. For instance, if you got stopped at a checkpoint on Victory Boulevard or pulled over on the 5 after a night partying downtown, the odds are that you will be facing a CVC 23152(a) or 23152(b) charge.

But if you cause injury to someone else, prosecutors have a special trick up their sleeves – they can elevate your charge and try to get you convicted of violating 23153(a) and/or 23153(b). You will have to look twice the difference between these two codes – thery’re just one number different! But the difference for you could be dramatic. Instead of a misdemeanor Burbank DUI, you could face a felony Burbank DUI. That means that, instead of facing just a few days or weeks in jail, you could face over a year behind bars… as well as the loss to the right to vote and massive “post-felony conviction” problems that can trail you for years, decades, or perhaps the rest of your life.

To get a handle on your challenges, and to make the most appropriate, strategic steps towards protecting your rights and eliminating uncertainty, connect with a tested Burbank DUI criminal defense attorney of the Kraut Law Group (2600 West Olive Avenue, 5th Floor, Burbank, California 91505 Phone: (818) 563-9810). Mr. Kraut served honorably as a prosecutor of Los Angeles DUI crimes for more than 14-years in the capacity of a Senior Deputy District Attorney. Since he has experience as both the criminal defense attorney and a prosecutor, he understands the criminal justice landscape from different perspectives.