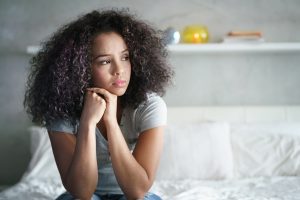 As a baseline of sorts, the CDC reports that 1 in 4 women in America (about 25 percent) have experienced, or will experience, some form of domestic violence within their lifetime. One in 10 men are also subjected to domestic violence, but since most of the data on BIPOC communities involves women victims, for the purposes of our discussion today, we will focus primarily on the numbers where women are the victims.

The Women of Color Network has compiled some extensive and eye-opening research on incidents of domestic violence among different races and ethnic groups. Let’s take a closer look at their findings:

What is causing the disparity between the BIPOC community and the white community regarding domestic violence rates? The factors are layered and complex, and most experts agree that it’s likely not just one thing, but a combination of factors working against the victims. Remarkably, none of these factors necessarily have anything directly to do with race. Let’s discuss some of the most common drivers of increased domestic violence in the BIPOC community.

Financial stress is often a huge factor in domestic violence, and unfortunately, many of the poorest neighborhoods have a higher minority population. Tamara Turner of the Neopolitan Lighthouse tells the Family Justice Center Alliance that this is a significant factor in the higher rates of domestic violence against Black women. “I believe that domestic violence occurs more often in communities where there is a prevalence of poverty and other types of violent crime,” she says.

One factor that drives DV rates higher is when the violence is allowed to continue in households unabated. This often happens in underserved communities (again, often with high minority populations) where victims don’t have as much access to help, don’t know where to turn for help, or don’t trust the offered help. One survey of BIPOC women in an underserved community revealed that 70 percent of victims had not received any help in dealing with the trauma after being victimized. In many of these communities, Black women specifically may also be more reluctant to report their partners due to an overall distrust of law enforcement.

This driver is varied and complicated, but it’s often a very real issue in BIPOC communities: Some victims simply are reluctant to come forward due to socio-cultural pressures or even religious beliefs. Within religious belief systems that place women in a subservient role to men, domestic violence may remain normalized or hidden because it would be considered inappropriate to break the silence. Tamara Turner adds that in many Black communities, there is an inherent social pressure not to speak up. “Domestic violence is…a taboo subject in the Black community,” she says. “A common sentiment is that domestic violence is just between the victim and the abuser. Whatever the case, these pressures ultimately allow domestic abuse to continue unreported, causing DV rates to be higher in these communities.

Regardless of the factors that make domestic violence more likely within the BIPOC community, domestic violence is a crime carrying significant penalties if convicted. If you have been charged with domestic violence, we can help you navigate the difficult process ahead whatever the circumstances. Call our office today for a free case evaluation.