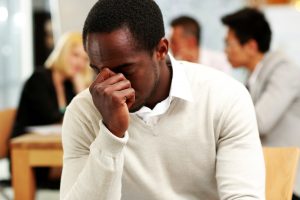 There have been more than a few studies trying to explore the link between mental illness and violence in general. The Treatment Advocacy Center has compiled a helpful summary of many of these studies, and their findings show that while some people with serious mental illness do commit acts of violence, the percentage of violent crimes attributed to mental illness is remarkably small. Among the most important points to mention from these studies:

Bear in mind that these summarized studies are looking at all forms of violent acts, not just domestic violence. When you consider that domestic violence is only a fraction of the violent crimes committed, you must also consider that the percentages go down, as well. Thus, the biggest takeaway is that while it’s possible for domestic violence to be triggered by mental illness, the odds of it happening are much smaller than most people think.

Other Contributing Factors Besides Mental Illness

Now, let’s contextualize this information. If it seems to you that the actual numbers of mentally ill people who commit domestic violence must be higher than the studies suggest, you’re partially right—because the part we haven’t looked at yet is that for most acts of violence associated with mental illness, there are other contributing factors. In other words, mental illness often coincides with domestic violence without actually being the sole cause of it. Let’s look at two of the most common contributing factors:

Can My Mental Illness Be Used as a Defense or Explanation of Domestic Violence?

However, taking the science into account, along with basic logic, most of the time this explanation is not viable. As the National Domestic Violence Hotline points out, most perpetrators of domestic violence single out their partners for violence—and they quite often hide this “ugly side” of their personality from acquaintances. If mental illness is truly making the person violent, that tendency will usually occur in all their relationships, not just their spouse or partner. In most cases, the only legal defense that might legitimize this argument is to plead “not guilty by reason of insanity,” which usually results in the defendant being institutionalized rather than set free. The only reason to consider this path is if your mental illness truly makes you a danger to others, not just to your significant other.

All that said, if you have recently been arrested for domestic violence, we can provide compassionate counsel and representation to help you get through it, regardless of the cause. Give us a call today for a free case evaluation.