When you read in the paper (or on the blogosphere) about people getting arrested for driving under the influence in Glendale, you usually see those stories isolated of context. This is unfortunate, since the only way to extract useable lessons (including lessons about “what not to do”) is to contextualize stories. 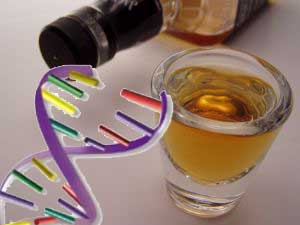 What does that mean? It means understanding their subtleties, their back stories, etc. For instance, consider the case of the distracted “duck boat” captain in Philadelphia, who was sentenced last week to over a year in jail for plowing his sightseeing boat into an obstacle, killing two Hungarian tourists aboard.

At first blush, the story suggests that the captain was essentially a reckless idiot. However, when you dig deeper into his backstory, things get more complicated. Turns out, he had been distracted because his son had been involved in an emergency eye surgery gone horribly wrong, and he was communicating with his wife about the latest minute-by-minute in the OR. Obviously, he should not have been derelict in his duty, and he was ultimately culpable for what happened. But when you consider the situation in context, it certainly becomes more nuanced.

Similarly, genetics and other seemingly inconsequential or subtle minutiae may matter. A Glendale DUI arrest, like a DUI arrest anywhere, needs to be taken in context.

For instance, consider last week’s arrest of 22-year-old Sean Owen O’Neill Jr., in West Goshen Pennsylvania. According to police reports, the 22-year-old was arrested last Thursday on suspicion of DUI, after he crashed his car into a home. Upon first looking at the story, you might be tempted to believe that Goshen’s incident was disconnected from anything in his past – maybe he was just a youth out for some reckless, careless fun.

However, one local paper describes his back story: “The arrest is the latest in the family’s string of legal problems. O’Neill served jail as a juvenile for a 2006 shooting at a party at his home. His sister, Roison O’Neill, is in prison for a fatal 2008 drunk driving accident. And their father, pub owner Sam O’Neill Sr., was recently deported to Ireland after serving time on a federal gun charge.”

What does this all mean, in a practical sense, for you, if you’ve been charged with a Glendale DUI?

It means that the way in which you and your Glendale DUI criminal defense attorney scrutinize what happened to you – before, during, and after your arrest – should have a profound impact on your capacity to fight back against the charges, avoid the worst penalties, and rebuild your life.

Not every Glendale DUI attorney has the track record, experience, and commitment to understand your arrest in the context in which it needs to be understood. Fortunately, you can connect today with Attorney Michael Kraut of the Kraut Law Group (121 W Lexington Dr, Glendale, CA 91203 Phone: (818) 507-9123 ). As a former prosecutor and Harvard Law School educated lawyer, Mr. Kraut has the wherewithal and the connections to build your case.