Police officers who arrest motorists for DUI in Los Angeles occasionally run across drivers who don’t learn from their initial mistakes. As soon as these alleged DUI drivers are out of jail, they get behind the wheel again. 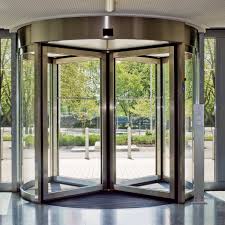 One woman in Somerset, Pennsylvania, may hold the record for the least amount of time between DUI arrests. She’s certainly a contender.

On Saturday, November 14th, around 5 p.m., Pennsylvania State police arrested Michele Leonard, age 47, on charges of DUI after she crashed her car in an intersection in Somerset Township. They gave her a breathalyzer test and took her to the station, where officers did the paperwork and then released her.

Leonard still apparently wasn’t thinking too clearly, because she gave $3 to a stranger to take her back to the crash site. She got back in her car and proceeded to drive away, only to lose control of her vehicle and smash the side of a parked car. She ended up traveling down a nearby driveway and through the owner’s shed, destroying both the building and many of the expensive tools inside.

According to WTAE news, Leonard tried to back out of the shed, only to have the irate owner snatch her keys away. Leonard told the owner she couldn’t get another DUI arrest that day because she had already had one.

This all took place around 6 p.m.–only an hour after Leonard’s first DUI arrest. Police picked her up and charged her with DUI a second time.

Meanwhile, the owner of a towing company in El Mirage, Arizona, thinks he knows how to prevent multiple DUI arrests in one day. Jimmy Farley told ABC 15 news that while the state impounds the vehicles of many DUI drivers, those whose blood alcohol level is below .15 can keep their cars. He said that drivers accused of DUI show up at his towing facility several times a week to collect their vehicles, even though it appears they are still under the influence.

Farley said that under current state law he has no recourse except to release the vehicles to the drivers, even when he can still smell alcohol on them.