Under California law, “driving under the influence” (DUI) doesn’t just apply to alcohol. It also encompasses the use 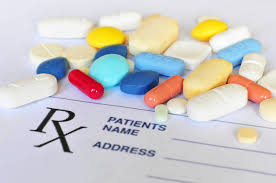 of any drug that may impair your ability to operate a vehicle. That includes illegal drugs, prescription drugs or over-the-counter medications. In other words, if an officer pulls you over and suspects you are impaired due to the use of drugs—even those you’re legally allowed to take—he can still arrest you under suspicion of DUI.

Most of us understand the dangers of combining alcohol with driving, but statistically, far fewer people understand or recognize prescription drugs’ effects on our ability to drive. Let’s look at a few startling numbers, courtesy of AAA:

To complicate the issue further, assessing the actual risks between drug use and driving can be far more difficult to measure than alcohol use. The reasons?

1. Different drugs have different effects;
2. The same drug can affect two people in entirely different ways;
3. Concentration or dosage of a drug can cause a huge variance in how it affects a driver;
4. Drugs can remain in our system for differing lengths of time, some affecting us long after we take them; and
5. Drugs used in combination can interact with each other and/or with alcohol, making the number of possible outcomes almost impossible to predict.

If you are taking a prescription drug, how do you know whether it’s safe to get behind the wheel? We will tackle this question in more detail momentarily; for now, let’s look briefly at a few broad categories of drugs and how they can affect the way they drive.

Marijuana has been legal for medicinal use in California for years, and as of January 1, it will also be legal for recreational use. Unfortunately, marijuana (also known as pot, or cannabis) can impair your ability to drive the same as alcohol, or worse. According to EMSA Online, marijuana can affect reaction times, perception of time and distance, and judgment. These impairments can worsen when combined with alcohol use, and if pot is combined with opiates or other sedatives, it can even cause hallucinations.

Perhaps the most common side effect of impairment-causing prescription medications is their ability to sedate us—to make us drowsy, distracted, listless or less responsive behind the wheel. The number of drugs that cause this is vast and varied, and can include any of the following:

• Opioids—prescriptions used to treat pain, or as a supplement to treat substance abuse of other similar drugs. These may include morphine, codeine, OxyContin, Vicodin, methadone and others.
• Tranquilizers—drugs used to treat anxiety like Valium or Xanax.
• Prescription sleep aids—such as Lunesta or Ambien.
• Antidepressants—like Zoloft or Prozac.
• Barbiturates—sometimes used to treat anxiety or seizures.
• Muscle relaxants—like Flexeril, Soma or Dantrium.
• Antihistamines—available by prescription or over-the-counter, many of these allergy-treating drugs cause drowsiness.

Drugs that Overstimulate Us

Sedatives aren’t the only threat for drivers; some prescriptions act as stimulants, which speed up our normal body processes. While this might seem to increase our awareness, when we are over-stimulated, these drugs can make us more aggressive or more prone to take risks on the road—not entirely unlike the illegal drug cocaine. Drugs that create this risk may include:

• Amphetamines—used to treat a variety of issues ranging from narcolepsy to ADHD. Examples include Adderall, Ritalin, Dexedrine, Benzedrine, Concerta and Dextroamphetamine.
• Prescription diet pills—used to increase metabolism, suppress appetite and facilitate weight loss, but which can also cause overexcitement and insomnia. These include drugs like phentermine, Tenuate and orlistat.

Many of the drugs just mentioned are also available in over-the-counter dosages. These and other OTC drugs can also impair driving in unexpected ways. For example, the same AAA report cited above indicates that diphenhydramine—a drug commonly used in cold and allergy medicines— can impair a person’s ability to maintain speed, lane position or a safe following distance while driving. Just one such dose can mean a driver is as impaired as if he were legally drunk. In fact, even certain herbal supplements can affect the way you drive!

If you must take one or more prescription drugs, what can you do to stay safe behind the wheel and avoid a possible DUI incident? Start with the following:

• Always read the list of possible side effects. No exceptions. Know the risks before you take every drug.
• Ask your doctor or pharmacist. If you are unclear about whether the dose you’re taking can impair driving, ask. Also, be sure to mention any drugs or supplements you’re taking—both prescription, OTC medications and herbal supplements—and ask whether these drugs may interact to cause impairment.
• Take the drug for 24-48 hours before driving. Evaluate how the drug makes you feel before getting behind the wheel.
• Drive with a buddy until you are confident. When beginning a new prescription, have someone with you, in case you show signs of impairment. If it happens, pull over and let your friend drive. Talk to your doctor before getting behind the wheel again.

Driving under the influence of a prescription drug can be just as dangerous, or even more dangerous, than driving after consuming alcohol. Likewise, a DUI from drug use can be just as devastating to your life as one from alcohol use. If you are facing a possible DUI conviction for drug use, call our offices today for expert advice and representation.