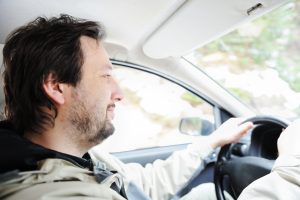 In January of this year, California became the ninth state to legalize marijuana for recreational use. (It has been legal for medicinal use since 1996.) However, the Adult Use Marijuana Act (aka Proposition 64) has actually done little to simplify the rules surrounding when and how pot may be bought, sold and used; if anything, the rules are now more complicated. In fact, as Time magazine points out, Prop 64 is so packed with details that it’s over 60 pages long!

Obviously, those who indulge should be aware of the ins and outs of the new law to avoid inadvertently doing something that could get them ticketed or arrested. The following overview can serve as a guide to help you stay within the bounds of the law so if you do use pot, you can do so legally, safely and without endangering others in the process. Let’s explore what is now legal under California’s marijuana laws, and what is not.

Ironically, many people who were old enough to vote for legalization aren’t yet old enough to use it. The new law only makes it legal for ages 21 and up. Essentially, the same age restrictions now apply to weed as apply to alcohol sales and consumption. You’ll need a valid ID to purchase it and possess marijuana legally. This provision of the law is intended in part to protect young people from exposure to a psychoactive drug at a time when their brains are still developing. According to the APA, studies have shown that regular, frequent use of pot among teens can alter the brain, particularly in the areas of memory and problem solving, and may even result in a lowered IQ.

It is NOT LEGAL to use marijuana in public.

Perhaps the most misunderstood facet of the new law, “recreational use” does not imply “use in public.” You won’t be arrested for possessing a certain amount of pot (more on that in a minute), but you could be ticketed for lighting up in a public place. The law allows adults to smoke weed or use cannabis products in the privacy of their homes or at private events, and it may eventually provide for some licensed places to indulge. For now, and for safety’s sake, use it at home. (One caveat: If you rent, your landlord still has the right to prohibit marijuana use on property.)

It is NOT LEGAL to sell weed without a license.

The only places legally allowed to sell marijuana are duly licensed stores and dispensaries—so if you try to sell your friend a joint, you’re breaking the law. You can, however, give some of your marijuana to a friend provided that friend is at least 21 years of age.

It is LEGAL to grow cannabis at home.

If you’d rather grow your own plants rather than buy weed at the dispensary, you may do so—within certain parameters, of course. Prop 64 allows for a maximum of six live marijuana plants per household. It also requires you to grow the plants in an environment that is “fully enclosed and secure,” meaning the plants must be kept out of sight and locked—so growing them in the backyard could be risky. You’ll want to keep them indoors or in a grow box.

Additionally, note that the restriction is six per household, not per person. If you live with five other roommates, you don’t get to raise 30 plants; you effectively get one each.

It is NOT LEGAL to take marijuana across state lines.

This statement is true even if you cross into another state where pot is legal. One big reason for this restriction is that federal law still classifies cannabis as a Schedule 1 controlled substance, according to the DEA. Pot may be legal in both California and Oregon, but if take marijuana across that state line, you’ve still violated federal law, and you could go to prison. (Taking it on a plane is also a big no-no, even within the state, because TSA airport security is federal jurisdiction.) In short, if you buy it here, use it here—or give it away before you leave.

It is NOT LEGAL to possess more than one ounce of weed at a time.

It is NOT LEGAL to drive while using cannabis—or while you’re under its influence.

DUI rules apply to more than just alcohol consumption. According to California Vehicle Code 23152(f) VC it is illegal to operate any vehicle (e.g., car, boat, tractor, etc.) while under the influence of any drug—including cannabis. Treat it the same as alcohol, and even more strictly: If you consume marijuana in any amount, don’t even think about getting behind the wheel.

It is NOT LEGAL to use cannabis in the car, even if you’re not driving.

California law prohibits any occupant of the vehicle from using, whether driver or passenger. You can have weed in the car, but only in a closed container in the trunk—and only an ounce or less. If these rules seem complicated, bear in mind that cannabis is a psychoactive drug that can deeply affect how your brain functions, even when taken in small amounts. The rules exist to ensure that people use this drug in as safe a manner as possible, especially around others. If you have recently been arrested for drug DUI as a result of marijuana use, or of some other drug, you need skilled legal counsel to help you navigate the criminal law process. For a free consultation, call our office today.