Getting arrested for DUI in UCLA or USC – or any other local Log Angeles school – can be an exquisitely unpleasant experience, whether you are a student or not. As any Los Angeles DUI attorney will tell you, if you’re convicted for a standard misdemeanor DUI — a violation of California Vehicle Code Section 23152(a), for instance — your possible penalties could pack a wallop: mandatory jail time, mandatory alcohol school, mandatory installation of an IID device in your car, strict probation, one year driver’s license suspension, heaping fees and court costs, long-term spikes on your insurance rates, and a big fat logistical headache. And that’s if you are an adult who didn’t hurt anyone while driving DUI and you had no prior criminal record! 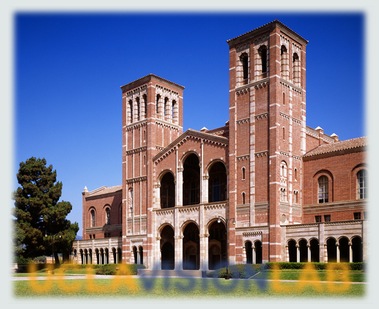 If you’re underage and you get convicted for DUI near UCLA as well as possession of a fraudulent ID, your legal crisis can be escalated. And if you caused property damage or injuries (even minor ones) to other drivers, passengers, or pedestrians… let’s just say the punishments could be life-changing. An injury DUI in Los Angeles, for instance, might be charged per California Vehicle Code Section 23153 instead of CVC 23152. That may not be seen like a big switch. But the change empowers prosecutors to charge what would normally be a misdemeanor DUI as a felony. This means that, if you are convicted, you could face more than a year behind bars – and that’s for starters.

A UCLA DUI can also, unsurprisingly, cause you horrific academic fallout. If you’re on an athletic team, you could be kicked off the squad. You could also get into serious trouble with the school itself, depending on the nature of your crime. And even if you manage to sort everything out correctly, it wasn’t like you had “nothing to do” before the DUI. You could face time and money consuming headaches for weeks or months or even years to come. For instance, UCLA is pretty “get aroundable” for pedestrians. But what if you have a job or internship off campus? You used to drive to the job, but now what will you do? Will you take the bus? What if the bus doesn’t go to where you want to go? These questions and hundreds more like them can plague you and cause you uncertainty, stress, and anxiety.

Fortunately, the team here at the Kraut Law Group (6255 Sunset Boulevard, Suite 1520, Los Angeles, California 90028) can help you understand what you are up against and deal resourcefully and strategically with the charges. Attorney Michael Kraut is a Harvard Law School educated former prosecutor (he spent 14 plus years as one of the city’s top district attorneys). He has been a featured Los Angeles DUI expert for KTLA News, the New York Times, and the Los Angeles Times.