The experience of getting pulled over under suspicion of driving under the influence of Burbank (or elsewhere in the Golden State) can be explosive. 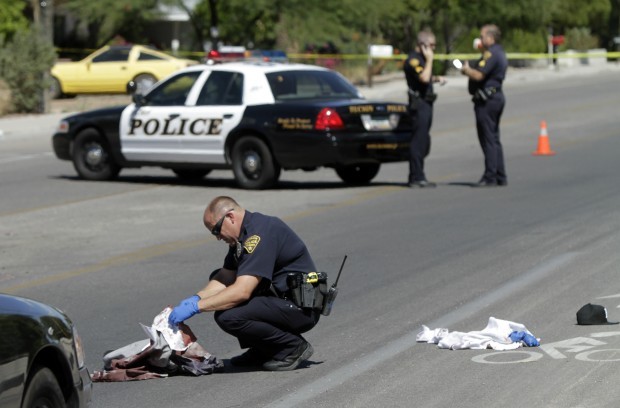 Drivers and passengers are often terrified about what might be in store. Even if you consumed no alcohol, narcotics, or prescription medications, you’ve certainly heard stories about innocent people being arrested for Burbank DUI without compelling evidence. Any good Los Angeles DUI attorney can recount dozens of these types of stories.

On the flip side, police officers themselves are often suspicious and scared, particularly if the suspect led them on a high-speed chase or otherwise resisted arrest or disobeyed an officer’s instructions. It’s easy for such suspicions to escalate and create not just hostility, but also fighting, injuries, and occasionally, fatalities. Los Angeles DUI lawyers can recount some truly devastating stories.

The Saturday night before last, a 42-year-old man was pulled over on suspicion of DUI on Karen Drive in Santa Clara. According to a report in the San Francisco Chronicle, the suspect “became uncooperative, and the city police officer called for backup…before additional units could arrive, the suspect reached for a revolver.” The arresting officer then fired at the suspect in self-defense, killing him in his car. The officer has since been put on administrative duties, pending the results of internal Santa Clara Police Department investigation, done in conjunction with the Santa Clara County DA’s office.

Fortunately, most Burbank DUI stops don’t end so tragically. But the lack of trust — combined with the adrenaline-fueled atmosphere of a Burbank DUI stop — can cause officers and suspects to behave inappropriately, uncooperatively, and dangerously.

For instance, a Burbank DUI suspect may compound his or her potential legal problems by trying to flee the scene or by becoming overly aggressive (or defensive or even groveling) with an officer. As a Los Angeles DUI attorney will tell you: when you act inappropriately – with excessive fear, uncertainty, or aggression – you boost your likelihood of getting into more trouble than you deserve.

Likewise, police officers are liable to compound problems at DUI traffic stops by making drivers unnecessarily uncomfortable. Simple judgment errors or problems with breathalyzers can lead to innocent people being arrested for driving under the influence in Burbank and lead to a general waste of limited taxpayer resources and energy.

How Can We Make the Burbank DUI System Function More Effectively?

If you have been stopped for a Burbank DUI after a hit and run, for instance, stop the cycle of bad decision-making and limit your damage. Even if you are still recovering from a horrific night, the team here at the Kraut Law Group (2600 West Olive Avenue, 5th Floor, Burbank, California 91505 Phone: (818) 563-9810 )will help you figure out what to do next and to be more strategic in how you approach your legal situation. Attorney Kraut is a vastly experienced, Burbank DUI criminal defense attorney who is highly respected by his peers. As a former Deputy District Attorney for Los Angeles and a Harvard Law School graduate, Attorney Kraut will help you make more effective decisions.