The annals of Burbank DUI arrests are filled with sad stories of honest people making honest mistakes and careless people making dumb mistakes. Sometimes a situation like a Burbank DUI, Pasadena DUI, Glendale DUI, or Los Angeles DUI will end in tragedy – for instance, someone gets severely hurt or killed. Other times, it merely ends with embarrassment and a loss of professional and personal reputation. In still other cases, the DUI stimulates a positive change for the defendant and helps him or her come to terms with a budding alcohol problem or a deeper psychological problem. 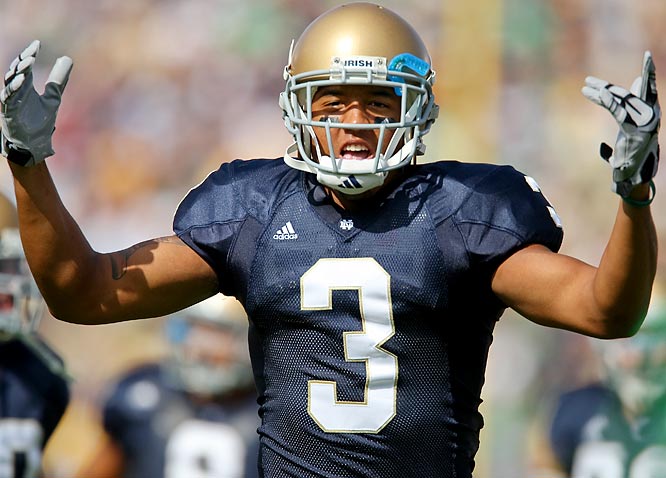 Unfortunately, many young sports stars – who are trained to believe they are invulnerable – often fall victim to their own carelessness and hubris, and they do things like stupidly drive DUI. Doing so can destroy their careers and lead to heartbreak for friends, family members, and fans.

A week ago Sunday, Michael Floyd, a star receiver for the Notre Dame Fighting Irish, got arrested for DUI in South Bend, Indiana after blowing a 0.19% on his breathalyzer test and failing field sobriety tests three different times.

The 21-year-old Floyd decided to pass over the 2011 NFL Draft to play for his senior season. Last year 2010, he had 12 touchdowns, 79 catches, and 1,025 yards. Following his DUI arrest, a short period of incarceration at the South Bend, Indiana jail, and a payment of a $500 bond, Notre Dame Coach Brian Kelly informed the hopeful that he had been “suspended indefinitely from football team related activities.” Floyd released a statement last Monday apologizing to his friends, coaches, teammates, and fans for “my behavior this weekend” – but will the contrition be enough to save his career?

The answer is obviously up for debate, but the story illustrates how seriously DUI can undermine your life, even if you don’t ultimately get convicted.

Burbank DUI field sobriety tests are probably similar to the ones that Michael Floyd took (and allegedly failed) a week ago. But what exactly happens when you take these tests? Generally, the first test that you get is a vision test called the horizontal gaze nystagmus test. An officer shines a flashlight in your eyes to see how your pupils react to the stimulus. You will also be asked to do a bunch of balancing and coordination tests – touch your nose with your fingers, stand on one leg, walk back and forth across a line, etc. Your mental acuity may also be tested. For instance, you may be asked to recite the alphabet backwards or to count backwards. Officers will also take into account other potential “symptoms” of DUI, such as alcohol on your breath, slurring words, bloodshot eyes, admission to having drunk, disheveled appearance, and inconsistent storytelling.

A Los Angeles criminal defense attorney, like Burbank’s Michael Kraut, can help you piece together a strong and evidence-based defense and help you figure out how to respond to charges against you. Michael Kraut served for many years as a Deputy District Attorney for LA, and he is widely respected as a pundit who speaks on national television about Burbank DUI matters. The Kraut Law Group is located at 2600 West Olive Avenue, 5th Floor, Burbank, California 91505 Phone: (818) 563-9810.