Outlets that cover stories of sports stars busted for driving under the influence in Burbank (and elsewhere) have been spilling a lot of ink over the Sunday morning arrest of Shaun King, a former quarterback for the Tampa Bay Buccaneers. The 33 year-old got pulled over on US 301; after King refused to take a blood alcohol test, he was arrested and held until the morning, when he made a bail of $500. 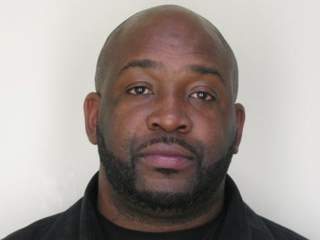 Those of you who’ve recently been arrested for Burbank DUI, driving under the influence in Pasadena, Glendale DUI, or Los Angeles DUI may have a visceral sense for the emotional challenges that the QB went through as he spent the night at jail. King played for both the Bucs and the Arizona Cardinals over 7 seasons and currently serves as an analyst for Bright House Sports Network and co-hosts a local Tampa Radio sports show. He actually appeared on his radio show the day after his DUI bust and issued thanks to supporters. He didn’t comment explicitly on his case and referred to it only as “a very unfortunate circumstance over the weekend.”

Shaun King’s reticence to discuss his charges publicly may seem “haughty” to fans who like to see celebrities air their dirty laundry as a kind of penance. But the practice of not saying too much during and after a DUI arrest is a savvy one. Providing too much unnecessary disclosure can actually hamper your ability to construct a top level defense.

Analysts should also note that King refused his blood alcohol test. In some senses, this is unsurprising. Burbank DUI breathalyzer tests are notoriously unreliable. The breathalyzer machine ostensibly uses sophisticated chemical methods to determine your blood alcohol concentration (BAC) level and thus give police officers information about whether you’re DUI or not. A BAC reading of 0.08% or greater is enough to get you tagged with DUI, although you can still be arrested in certain circumstances even if your BAC is below this cut off.

Why is the breathalyzer a less than an ideal method of “sussing out” BAC levels? Here are seven quick reasons:

1. Breathalyzer tests do not discriminate between men and women.
2. Diabetics can blow “false positives” on breathalyzers because chemicals in their breath interfere with the sensors.
3. Calibration errors can lead to false positives.
4. If you blow extra deep into the machine (like the officer might ask you to), you can actually register a higher BAC than you really have.
5. Improper care of breathalyzer can cause it to malfunction.
6. Poor administration of the machine can also lead to false readings.
7. Other chemicals aside from alcohol can influence the breathalyzer.