Last Friday, D.J. Williams, a top linebacker for the Denver Broncos, got pulled over for driving under the influence in his Hummer, prompting many in the celebrity Los Angeles DUI community (and others in the media) to examine what appears to be a rash of sports figures – specifically NFL players – nabbed for misbehavior on the roads recently. 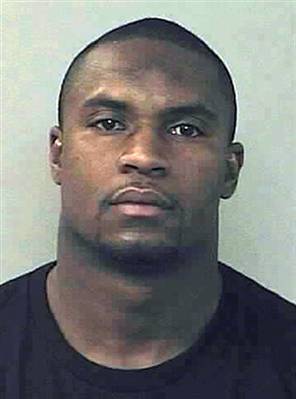 If, like Williams, you’ve been recently stopped and charged with DUI in Los Angeles, DUI in Pasadena, DUI in Burbank, or DUI in Glendale, the travails that the linebacker faced may seem familiar. According to a Friday report in the Denver Post, a Denver police officer pulled Williams over at around 2:40 in the morning. A Department spokesman said “(Williams) was contacted and ultimately taken in for a DUI.” Documents show that Williams also got a ticket for driving without his headlights on. He is scheduled to appear in court on December 13.

This arrest is not Williams’ first for DUI. On September 23, 2005, Williams got pulled over for DUI, after he attended a birthday party. He later revealed to the Denver Post: “Yeah, it is embarrassing…I know now you’ve got to have a driver or somebody driving you around when you plan on going out like that.” Williams’ plight may make things difficult for the Broncos. The NFL star is the team’s leading tackler, and the NFL’s personal conduct policy could require his suspension for 2 to 4 crucial upcoming games. Other NFLers recently hit with DUIs include Jared Allen, Vincent Jackson, and Braylon Edwards.

If you are convicted for Southern California DUI multiple times, you could face significantly greater penalties. Even first time offenders can have it rough. A court can impose 48 hours of jail time with a maximum of six months behind bars – just for your first misdemeanor DUI. You could also face a $1,000 fine as well as court costs. On top of that, you might face a one year driver’s license suspension, mandatory alcohol school, strict probation imposed by the court, and a forced installation of an IID device in your vehicle, which will prevent you from driving unless you blow a non-alcoholic breath into the device.

For your second Los Angeles DUI conviction (misdemeanor) within a ten year period, almost all of your possible penalties will be elevated. Instead of serving 48 hours behind bars, you will have to serve a minimum of 4 or maybe even 10 days behind bars. Instead of a one year driver’s license suspension, you will get a two year suspension. Instead of spending six weeks in alcohol school, you could face 18-30 months. And the penalties ratchet up from there with each successive Los Angeles DUI conviction you get within a 10 year period.

Whether you’ve been pulled over for your first DUI in Pasadena for blowing a breathalyzer result just slightly above the state’s legal limit of 0.08%, or you’ve been involved in a complicated injury crash on the 405, connect today with a responsible, resourceful Los Angeles DUI attorney, like Los Angeles Criminal Defense Attorney Michael Kraut.

Michael Kraut, a former city prosecutor with an excellent record, peerless credentials, and a Harvard Law School education, can speak with you today about your case and give you decisive, strategic advice about how to proceed. Attorney Kraut’s insights into the law will be invaluable as you prepare to meet the charges and figure out how to put your life back together.