As someone arrested for DUI in Glendale, you’ve been beating yourself up pretty badly. 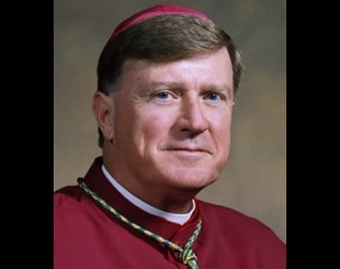 You’re not the only one showering you with negative emotions. Odds are high that you’ve encountered at least one friend or relative who responded to the news of your arrest in a less than congenial or compassionate manner – either judging you outright for “being a bad person who can’t get it together” or by making subtle but still painful digs.

The Glendale DUI experience is more diverse — and more human — than many people realize, however.

For instance, did you know that a Roman Catholic bishop from Rhode Island recently got arrested for DUI, after he consumed wine at dinner and then hopped in his car? It’s true. Out in South Kingston, Rhode Island, Robert McManus, a bishop for Worcester, got arrested for DUI and for leaving the scene of an accident. The 61-year-old bishop admitted that he “made a terrible error in judgment.” William Murphy, the former Speaker of the Rhode Island House, is representing McManus in court.

When most people think about Glendale DUI arrests, they conjure up caricatures.

They might picture a wastrel — a no-goodnik whose “life is a mess.” An irredeemable “criminal” who’s not at all like normal, law-abiding people. Or they think of “hot messes,” like Lindsay Lohan or presumptuous pols or narcissistic sports stars.

Does a 60-something high priest from Rhode Island fit your mental profile of “DUI driver”? Probably not! The reality is that the diversity of people arrested for this crime is astonishing, but that diversity is just not reflected in news stories or in tabloids.

Changing How You Think about And Reflect on Your Glendale DUI

We live in a society that emphasizes the judging, shaming and punishment of “wrongdoers.” This moralizing is built into the very fiber of our legal system. But this kind of thinking is not particularly resourceful. It can be downright destructive.

As we discussed above, Glendale DUIs are often the surface manifestations of deeper issues.

For instance, a person who loses his job might feel helpless and thus drawn down into a spiral of destructive behavior (including driving DUI). To turn things around, he will need not only to face down the charges but also to address the root issues making him feel helpless.

Of course, in some cases, DUIs really are “random.”

For instance, Bishop McManus may, indeed, have just “had a bad night.” You never know.

In any case, it’s useful to at least probe your DUI to try to understand its root cause, so you can address it and save yourself hassle in the future.