Everyone who cares about the public good wants to stop Beverly Hills DUI recidivist drivers from getting behind the wheel while under the influence and harming others and/or themselves. 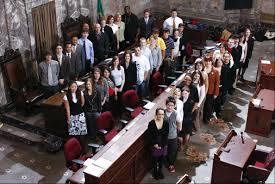 The big question is: How do we do that? How do we make our system more just and more equitable at the same time?

This debate is obviously not just a local concern. Across the nation, states and cities are wrestling with questions like these – trying to balance needs to keep roads safe and needs to protect individual freedom.

According to an independent analysis, 40,000 people get arrested for DUI in the state of Washington, annually. Most are first time offenders. But 13% are recidivists. As followers of this Beverly Hills DUI blog know, recidivist offenders can be subjected to ratcheted up punishments, such as longer time behind bars, more alcohol school, stricter probation terms, longer license suspension terms, and on and on.

Dan Satterberg, a prosecutor for King County, hopes that a new DUI bill, HB 2030, will reduce the number of DUI recidivists. He said: “I want to focus on repeat offenders, not try for everything for everybody.”

HB 2030 would create mandatory jail sentences for second and third offenders. A recidivist can get out of serving a six month jail sentence (on second offence) if he wears a special sobriety bracelet and enters a program that would immediately alert law enforcement if he consumes alcohol.

Third offenders would be hit with a year of jail sentence and given an ID card that would prevent them from buying or being served alcohol beverages for a decade. It would also impose a mandatory Interlock Ignition Device (IID) installation after the arrest, but before the conviction.

Washington State representative Roger Goodman of Kirkland heard concerns from critics that HD 2030 may be overly harsh on first offenders. The costs associated are also high, but Goodman says those costs will be funded not by taxpayers but by offenders.

Without looking at the details, what’s nice (at least from a theoretical point of view) is that this law would give offenders choice: jail time vs. wearing a bracelet that can detect alcohol through the skin.

According to Goodman, increased prison time is not the answer. Satterberg spelled out this change of paradigm in DUI prevention/punishment: “The thing now that’s most promising…is that people are talking about DUI because, frankly, the answer is not new laws but in the attitude.”

The ACLU has expressed dubiousness over the mandatory IID installation. The ACLU said that a judge should have probable cause first. Goodman said he took the ACLU’s consideration to heart and said he and fellow legislators would try to rewrite the law before April 28 to address those concerns.

As someone who has been recently arrested for driving under the influence in Beverly Hills, you need insightful legal guidance. Attorney Michael Kraut is a Harvard Law School educated ex-prosecutor with the talent, processes, knowledge and dedication to get you good results. Connect with Mr. Kraut’s Beverly Hills DUI defense team now to set up your free case consultation.