Although this blog spends the majority of its time focused on Southern California DUI arrests, laws, and other relevant news, we also try to bring you related, eclectic news, like stories about about lawnmower DUIs. The crime may sound a bit absurd – and perhaps even comical – but it’s no laughing matter. Anyone who operates a motorized vehicle, bicycle, moped, or scooter on Southern California freeways and surface streets can get arrested for a Burbank DUI (or DUI wherever you are pulled over). 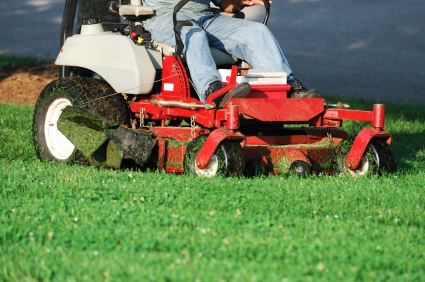 In this case, a man named John Poshepny got pulled over on October 2 outside Kenwood Market on Sonoma Highway. The California Highway Patrol officer who pulled the 55-year-old over noted in his arrest report that Poshepny smelled like alcohol, had a bottle in a brown bag, and staggered around and had slurred speech. Also, he had been driving lawnmower without its lights on… at 7:50 p.m. Officer Sloat arrested Poshepny and took him to Sonoma County Jail on the charge of misdemeanor DUI.

Beyond the pure novelty of lawnmower DUI arrests, this blog is interested in what motivates officers to take notice of erratic drivers and pull them over for driving under the influence in Glendale (or wherever).

Los Angeles DUI symptoms can include the following (although this is by no means a comprehensive list):

• Staggering around and slurring your speech (like Poshepny did)
• Operating your vehicle erratically or incorrectly (such as driving without your lights on, like Poshepny did)
• Smelling like alcohol (like Poshepny allegedly did)
• Disheveled appearance
• Mixing up your story about where you have been and what you have been doing
• Bloodshot eyes
• Being unable to respond to police officer questions
• Admitting to having consumed alcohol
• Failing field sobriety tests (FSTs)

Assuming that you demonstrate all of the above symptoms, you stand a fair chance of getting arrested for Southern California DUI. But cases are rarely that simple. Indeed, healthy, sober, and completely careful people can exhibit many of these symptoms. For instance, if you get fatigued or suffer an allergic reaction, you may develop bloodshot eyes and may have a difficult time answering questions coherently. If you are sick with something like diabetes, you may blow a “false positive” into a Los Angeles DUI breathalyzer test. If you are nervous, awkward, or simply uncoordinated, you may fail some of the balance tests. If you are simply intimidated by being pulled over, you may mix up your story about where you have been simply out of nervousness or fear. And if you are just a sloppy looking person… well, you might have a disheveled appearance.

The point here is that, whether you got arrested for a lawnmower DUI in Burbank or pulled over for an injury DUI elsewhere in the Southland, you need solid representation to help you design and execute your smartest defense.

Michael Kraut is a former criminal prosecutor (actually a Deputy District Attorney – one of Los Angeles’ top prosecutors for 14 years). He is a Harvard Law School educated attorney with a fantastic record at jury trials, lots of courtroom experience and an intuition for how Los Angeles DUI law works. Indeed, he has appeared on major networks, radio stations, and other media as an expert in Southern California DUI law.