#1. To avoid accidentally driving under the influence in Southern California, plan ahead.

Holidays can be times of frivolity and spontaneity, but they can also be peculiarly dangerous. One of the most time-tested driving tips is also the Boy Scout motto: be prepared. 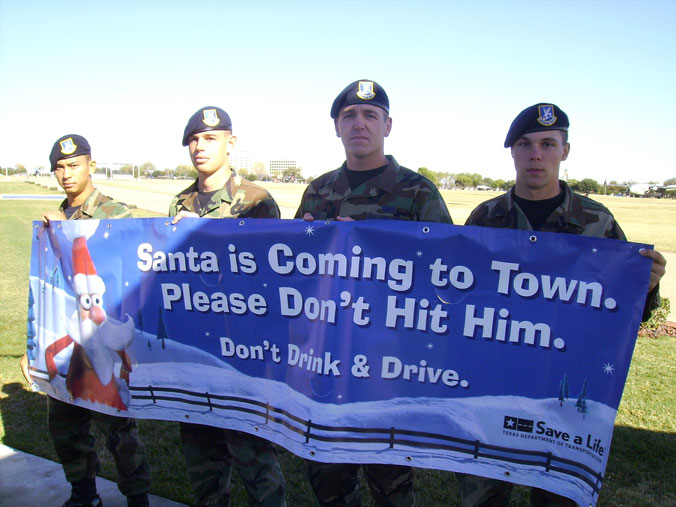 Very few people who get arrested for driving over the legal limit in California (0.08% BAC) start out their nights hoping to spend hours locked behind bars fretting about their futures. To be safe, you must understand your habits and proclivities and plan accordingly. For instance, if you are charged with a DUI in Pasadena and your in-laws enjoy carousing at a local tavern, line up a designated driver before the fun starts. If you wait until the middle of the evening to develop a back up plan, your judgment may by then be skewed and you may make dumb decisions that could lead you down a dangerous path.

#2. Avoid crazy drivers on the road.

Again, this is common sense. But it’s common sense uncommonly practiced. On holidays like New Year’s Eve, the Southern California freeways can become exceptionally dangerous. For example, anyone who finds themselves to being charged with a DUI in Glendale, runs the risk of being jailed. Because of the dangers of DUIs on the street, it is vital to avoid driving late at night, if possible, particularly between the hours of midnight to 3 AM and especially on weekends.

#3. Don’t drive while talking on a cell phone or texting. Often times, this is used as probable cause to detain some one during an investigation. For example, if a person is texting and also DUI in Beverly Hills, then an officer may stop the person to question them based upon the texting alone. Then, the officer may learn more facts to believe that the person is driving under the influence of alcohol or drugs.

Recent research out of places like Virginia Tech, the National Highway Traffic Safety Administration, and the Insurance Institute for Highway Safety suggest that driving while talking on a cell phone or texting can be a lethal mistake, even if you’re using a hands-free headset. The reason is that your mind is still distracted by the call — it’s not just a matter of holding something against your ear or not — it’s a matter of what your brain is paying attention to. Multiple independent surveys bear out this hypothesis. It doesn’t matter whether you’re driving with or without a headset — you’ll be dangerously distracted either way.

#4. Keep your car tuned up and your eye on the weather.

Although Southern California is not known for its frequent snowstorms, the month of December often sees quite unusual weather. Witness the burst of rain that soaked Southland freeways and byways today. Rain loosens up dirt and oil. The slickness of this slurry of water, oil, dirt, and debris can turn freeways into deathtraps.

Studying Los Angeles DUI laws may sound like a less than ideal way to spend your holiday. But studies show that attending to potential dangers can actually be protective. A recent federal study showed that individuals who installed monitors to measure how much electricity their homes used subsequently cut back spontaneously on energy use by about 15% or 20%. The same kind of feedback response effect is the basis for biofeedback, meditation, and the relaxation system known as the Alexander Technique. The idea is that — by bringing your attention to the fact that California Vehicle Code Section 23152 (a) and 23152 (b) stipulate that drivers who operate motor vehicles with a blood-alcohol concentration of 0.08% or higher can be arrested and charged with a misdemeanor and can receive incredibly steep fines, a one-year California driver’s license suspension, court costs, mandatory alcohol school, probation, and even jail time — you may subconsciously adopt more judicious behavior when you get behind the wheel.

If, however, you or a loved one has been arrested for driving under the influence in Southern California over the 2009 holiday season…

connect ASAP with attorney Michael Kraut of the Kraut Law Group. Attorney Kraut holds a JD from Harvard Law school, and he worked for many years as a senior trial prosecutor (Deputy District Attorney). He has the intellectual firepower and on the ground experience clients need to put up the stiffest and most strategically focused defense.

If you have been pulled over and arrested for a DUI in Los Angeles or you are under investigation for driving under the influence in Los Angeles, please contact Southern California criminal defense attorney Michael Kraut for 24/7 assistance by phone at (323) 464-6453 or toll free at (888) 334-6344 or online.