Celebrities often do awful, and awfully crazy, things. In 2011, we saw some crazy and scary Beverly Hills DUI stories. In this post, we will review four of the year’s most scandalous celebrity moments. 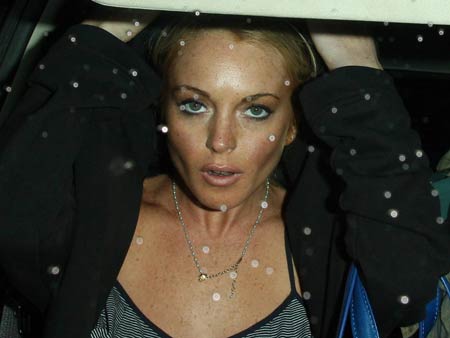 1. Lindsay Lohan – Still Reeling from Her 2007 Los Angeles DUI
Unless you were living under a rock, you tuned into the Lindsay Lohan’s seemingly never-ending Los Angeles DUI probation violation saga. Ms. Lohan’s 2011 got off to a bad start on January 22, when she allegedly pilfered a necklace worth $2,500 from a store in Venice. She pleaded not guilty to the resultant felony grand theft charge, but the karmic dye had been cast for Ms. Lohan in 2011, and she proceeded to make headline after headline: she violated her probation, got sentenced, made tearful appeals, etc. Then she made headlines once again by agreeing to pose nude in Playboy for nearly $1 million. Her father, meanwhile, got arrested twice in one week for domestic violence charges.

Altogether, not a great scene for the Lohans in 2011.

2. Christina Aguilera – Watches as Her Boyfriend Gets Tagged for DUI
2011 was not a great year for pop princesses, was it?

On March 1, Christina Aguilera was arrested for public intoxication, while her boyfriend was tagged for DUI. Aguilera had come off of a rough 2010, but she rebounded magnificently in the latter half of 2011, thanks in part to her widely successful TV vehicle, The Voice. It goes to show that Beverly Hills DUI does not commit you to certain and permanent debauchery
3. Estella Warren’s Hit and Run DUI (with a Bit of Cop Kicking Thrown in There As Well)

Estella Warren, an actress in Planet of the Apes, was arrested for DUI back in May. She allegedly resisted arrest and kicked the cop who tried to handcuff her. Warren smashed her Prius into three separate cars and then drove away from the scene. All told, she got hit with charges of assault, felony escape, hit and run, and DUI.

4. Charlie Sheen – Not Busted for Beverly Hills DUI, but Might As Well Have Been
2011 was the year of Charlie Sheen’s epic, magnificent public meltdown. The year started out crazy, when Sheen was arrested after trashing his Las Vegas hotel room and partying with an adult film star. Charlie thus began a headline-grabbing rampage that included getting fired from Two and a Half Men after calling his boss “a contaminated maggot” among other things and then waxing similarly poetic (and vitriolic) about everyone from his ex-wife to Alcoholics Anonymous to Thomas Jefferson.

If you were arrested for driving under the influence in Beverly Hills in 2011, connect with a respected, highly successful Beverly Hills DUI criminal defense attorney at the Kraut Law Group (9107 Wilshire Blvd., Suite 450, Beverly Hills, California 90210 Phone: (310) 550-6935). Attorney Michael Kraut is a former prosecutor with a terrific record at jury trials.