Even Los Angeles DUI attorneys get a chuckle out of some of the bizarre DUI charges brought against individuals throughout the world. Sometimes the definition of “motorized vehicle” stretches even the best imagination, and other times people exhibit a complete lack of common sense. 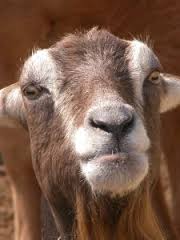 Regardless, the stories of these crazy DUI instances live on through the internet. Here are a few of our favorites:

1.    Man arrested for DUI on a horse. One inebriated individual decided to ride a horse around a strip mall while intoxicated. The man clearly exhibited signs of intoxication, but the police scratched their heads after the arrest. They knew how to handle an intoxicated man, but what do you do with his horse?

2.    Russian tank crash. This case is not a DUI, per se. Russian soldiers decided to make a trip for more vodka – in a tank. During the trip, a solider steered the tank directly into a civilian house. A second crash very nearly occurred when the tank backed out of the first home. The official story from the Russian military blames mechanical malfunctioning for the accident.

4.    Goats at DUI checkpoints. One lady in Washington, DC, almost made it through a DUI checkpoint, until police heard noises in the trunk. When asked, Fiona Enderdy told officers about the goat in her trunk. The poor fellow was tied up in the back of the miserably hot vehicle. Enderdy escaped a DUI charge that night, but she did face charges of cruelty to animals.