You made a mistake – a big one – now you face a Pasadena DUI charge. 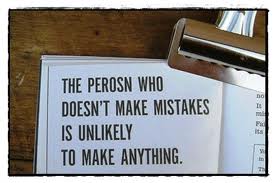 The question is: Why? What errors, mental or otherwise, did you make before getting behind the wheel? Here are five very common errors of judgment, which often land otherwise community-oriented drivers behind bars, facing penalties like license suspension, mandatory IID installation, alcohol school, and exploding car insurance rates.

You’ve see the charts – the ones that tell you that, if you’re X gender, and you weigh Y pounds, and then you can drink Z number of alcoholic drinks before becoming DUI in Pasadena.

While those charts can be helpful, they’re just rough guides. The body’s relative sensitivity to alcohol depends on a huge number of factors, including:
• Whether you’ve had food to eat or not;
• Whether you’re metabolically comprised in any way;
• How quickly the alcohol entered your system;
• Whether you’ve consumed other kinds of substances, such as over-the-counter medications.

2. “I smoked medicinal marijuana, and I only had one drink an hour ago, so I’m not DUI.”

First of all, you could get what’s known as a Pasadena drug DUI. For obvious reasons, it’s not legal (nor is particularly smart) to get behind the wheel after you’ve taken medicinal marijuana (or any strong medicine, for that matter).

When on meds, your ability to react rapidly and acutely to events degrades. You are slower. You are less likely to make the right decisions in emergencies. Etc.

3. “I’m only a few blocks from home – besides, I don’t want to have to leave my car at this party/bar overnight, because it would be a pain to do so.”

This kind of thinking might feel rational in the moment, but it’s definitely not.

The reason why it’s not, however, is elusive. Human beings have a difficult time understanding risks, particularly low percentage risks. If you’ve never driven a motorcycle before – if it’s an unfamiliar activity – you would never in a million years think to “just drive it a few blocks home” while under the influence. Because you recognize the inherent folly of doing that.

But if you know how to drive a car well, sober, you might reason that you could get away with it. In other words, the short-term convenience seems worth the small risk. But it’s really not! For instance, let’s say the odds are only one in 5,000 that you will get into a fatal accident. But if that happens, your life is literally over! The horror of that long-term “game over” consequence should trump the short-term inconvenience of having to take a cab, if you’re being strictly rational.

No matter what happened – why you got a Pasadena DUI arrest – you now need to contend with the consequences. The good news is that attorney Michael Kraut of the Kraut Law Group is available to help you approach your case. As a former prosecutor — and as a Harvard Law School educated attorney with excellent connections within the legal community — attorney Kraut can help you with your Pasadena DUI case.