When you got arrested the first time for driving under the influence in Pasadena, you wrote if off as a fluke. 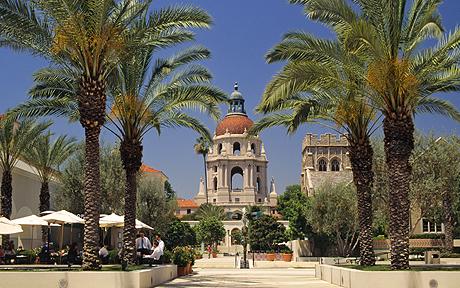 Perhaps you had one too many drinks while chilling with old college friends at the Cheesecake Factory in Old Pasadena. Or maybe you had a few glasses of wine with some college professors at Caltech… and the rest is history. You got behind the wheel when you shouldn’t have driven, and you got caught and punished.

But this time is different.

Now that you’ve been arrested twice for DUI in Pasadena (or elsewhere in the Southland), you’re getting more concerned. Maybe the problem really IS you. Maybe it wasn’t a one-time thing. This scares you. After all, as much as you want to avoid penalties for recidivist DUI in Pasadena–such as jail time, forced fines and fees, mandatory interlock ignition device installation, compulsory probation, and on and on–you know that your situation could have been a lot worse.

You could have seriously hurt or even killed someone while DUI. Then you would have been charged with a much more serious crime, such as vehicular homicide or even DUI murder because of your past criminal history.

It’s easy to beat yourself up.

And the very fact that you’re taking time to read this article and reflect on what you did (and why you did it)…that’s a very positive sign. But you now need to translate this concern into effective, positive action, not only so that you avoid punishment–or at least minimize it–but also so that you better fulfill your responsibilities as a driver and as a citizen of Southern California.

Often, the root cause of why we behave in certain ways is difficult to identify.

For instance, you might blame your DUI problems on your impetuous nature–your natural devil-may-care attitude. But other psychological “stuff’ could be going on below the surface, breeding problems and stirring up trouble. For instance, maybe you were recently fired or divorced. The stress is driving you to self-medicate through drugs or alcohol. Unless and until you deal with that underlying emotional hurt in a constructive fashion, you might continue to feel helpless and use an element, like alcohol, to manage your pain.

Don’t expect to solve your psychological puzzle in a single day. But do put some awareness on the problem. Strive to be compassionate with yourself–to treat yourself as a human being with legitimate needs. At the same time, do everything you can to avoid getting into a similar situation in the future. Recidivist Pasadena DUI offenders face extended jail time, fees, fines, and dire consequences for your license, insurance, and reputation.

You should also consider getting in touch with an experienced Pasadena DUI criminal defense attorney at the Kraut Law Group. Attorney Kraut is a highly respected, well connected DUI lawyer who worked well over a decade as a prosecutor before turning his attention to criminal cases. He and his team can help you unpack what’s gone wrong and figure out effective solutions.