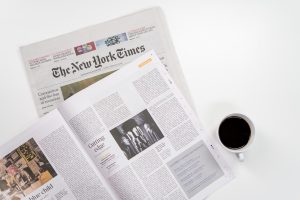 Additional Challenges and Complications when the Case Goes Public

If your domestic violence allegations become a matter of public discussion, the repercussions may be both immediate and far-reaching. Some of the damage could be mitigated over time, but it’s important to be prepared, nonetheless. Let’s look at some of the possible ramifications you could face.

While the law protects you from discrimination from employers on the basis of race, gender, religion, sexual orientation, etc., those protections do not currently extend to criminal allegations. If you are even accused of domestic violence, your employer could take disciplinary action against you, up to and including termination. Many employers have zero-tolerance policies for employees who are accused of domestic violence, regardless of whether the charges result in a conviction.

If you are ultimately convicted of domestic violence, the situation gets even worse. Your employer is well within their rights to fire you, if they so choose. Furthermore, a future employer could deny you a job based on your criminal record.

Your Online Reputation May Suffer

In this day and age, potential employers, landlords, and others often research job applicants and prospective tenants online before making a decision. If there are accusations of domestic violence against you floating around on social media or in news articles, that could come up during a simple Google search–and it could cost you opportunities. Even if you’re ultimately cleared of wrongdoing, things that get posted on the Internet often never go away. You may be able to hire a “reputation defense” company to get negative articles about you pushed far down in search results–but you’ll never be completely rid of them.

Your Social Life May Suffer

Your friends, family, and others in your social circle may judge you harshly if they find out about domestic violence allegations against you. At best, you may be hounded by questions asking for your side of the story; at worst, you could be ostracized.

Your Business May Suffer

When you’re being publicly accused, it’s a natural impulse to want to defend yourself publicly. If your alleged domestic violence makes the news or goes viral, the power of that temptation could be increased tenfold or a hundredfold. Despite the fact that any good lawyer will warn you to stay off social media, you may be unable to resist the urge to at least “tell your side of the story.”

If you give into that temptation, it could come back to bite you. Once you start talking about the allegations in public, anything you say could be used against you in court. If there’s even a hint that you’re trying to influence potential witnesses or victims in your case, it could backfire at best, and result in additional criminal charges at worst.

Navigating the Bad Publicity of a Public Domestic Violence Case

While you may not be able to completely undo the damage if your domestic violence case goes public, there are some things you can do to try to minimize the fallout:

First, hire an experienced criminal defense attorney as soon as possible. Your lawyer will be able to help you navigate the criminal justice system and protect your rights. In addition, they can help you develop a strategy for dealing with the press, if necessary. Being cleared of any charges is an important first step in diffusing bad publicity.

Second, try to stick to the facts. When you’re dealing with the press or social media, it’s important not to make any statements that could be construed as admissions of guilt. If you need to give a statement, have your lawyer review it first.

Third, avoid contact with the alleged victim. If you have any kind of restraining order or protective order against you, take it seriously and make sure you comply with its terms to avoid aggravating the situation (both in court and in the public eye).

Finally, be patient. In many cases, the public’s attention span is short, and the story will eventually die down–especially if there’s no conviction. In the meantime, try to focus on the positive things in your life and the people who support you. Regardless of whether your domestic violence allegations become public, the best way to navigate these charges is with the help of an experienced Los Angeles domestic violence defense attorney. Call our offices today to schedule an appointment.