Thomas Dekker — the star of the short-lived TV series: “Terminator: the Sarah Connor Chronicles,” was arrested on Wednesday for driving under the influence in Los Angeles. According to a report from the celebrity blog TMZ.com, the 21-year-old actor slammed into a bicyclist and was booked on charges of felony DUI in Southern California. The accident took place at around 9 PM in the San Fernando Valley. Dekker’s being held on a bail of $100,000. 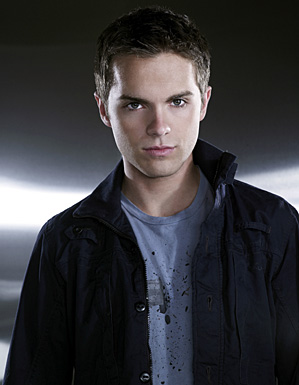 It’s unclear from reports how serious the bicyclist’s injuries are; nor is it clear whether Dekker himself suffered injuries or whether any property was damaged.

Given the serious consequences associated with a conviction for felony DUI, Dekker will likely require the services of a qualified and experienced Los Angeles DUI attorney.

California Vehicle Code Section 23153 (a) mandates that, in the event that a DUI driver causes injury to another person or persons, his charge may be elevated from a misdemeanor to a felony. California Vehicle Code Section 23153 (b) outlines many of the penalties that can result from a felony DUI conviction. These can include fines and court costs, jail time, forced restitution to victims, and loss of other privileges and licenses.

To illustrate this point, let’s consider a scenario in which a driver is DUI. But then a bicyclist blows through a stop sign and drives right in front of his car. The cyclist gets hit and injured. In this case, the driver can be convicted of a misdemeanor DUI, since he was under the influence. But he shouldn’t be convicted of a felony injury DUI, since he had been obeying the traffic laws; the bicyclist provoked the accident by driving negligently.

As you can see, DUI legal issues can come become incredibly complicated. To make sense of your rights and obligations, you need to analyze and investigate. That’s why many defendants trust attorney Michael Kraut to provide savvy guidance. Prior to representing criminal defendants, Attorney Kraut spent years prosecuting Los Angeles DUI cases — essentially working for the “other side” — and he leverages his intimate knowledge of the prosecutorial system to deliver superior results time and again.