Police officers see all kinds of BAC numbers when they arrest people for DUI in Los Angeles. But officers don’t often come across a person whose BAC measures five times the legal limit–especially when the driver turns out to be another policeman.
Newspaper accounts say that Officer John Finley of the New York Police Department is lucky to be alive after an accident in which alcohol contributed. Back on August 8th, Finley slammed into a guardrail on the West Shore Expressway on Staten Island. He suffered head injuries, but they weren’t life-threatening. He was even conscious enough to talk, although witnesses reported that Finley—perhaps unsurprisingly, given his charges–slurred his words. 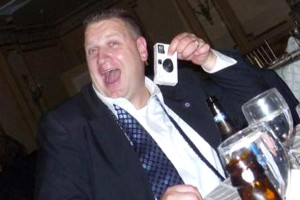 The police officers who worked the scene deferred DUI charges against Finley pending a review of his blood alcohol content levels. While they must have suspected something out of the ordinary, they probably didn’t expect that Finley’s BAC would measure at 0.43–more than five times the legal limit for driving. According to the New York Post, a 200-pound man would have to drink 23 beers (or the equivalent in other types of alcoholic beverages) in two hours to achieve that high a BAC score.

Just how impaired was Finley? The National Institute on Alcohol Abuse and Alcoholism has a chart on its website listing the different effects of various levels of alcohol in the bloodstream. In the range of 0.31 to 0.45 percent the impairments include loss of consciousness, danger of life-threatening alcohol poisoning and significant risk of death in most drinkers due to the suppression of vital life functions. In other words–Finley was fortunate not only to have survived his encounter with a guardrail but also to be alive at all.

Police eventually arrested Finley, a 25-year veteran on the force, on a charge of aggravated DUI.