Arrests for DUI in Los Angeles aren’t usually big news unless the person arrested is some sort of celebrity. But sometimes a story about a DUI arrest—in any part of the country–is so unusual that online news outlets and social media provide widespread coverage. Here are two crazy breaking stories: 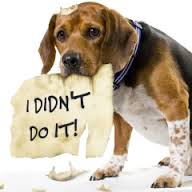 In Palm Bay, Florida, police just arrested 54-year-old Ronny Hicks on DUI charges. Nothing extraordinary about them—except that Hicks has been driving an electric wheelchair at the time. Visitors to a city park called police, complaining that Hicks was blocking a pedestrian path. When police arrived, they allegedly smelled alcohol on Hicks’ breath and said that he appeared to be highly intoxicated.

Hicks tallied not his first but rather his third DUI arrest in 10 years. Under Florida law, that could mean a fine of $2,000 and mandatory imprisonment for at least 30 days. (Three Los Angeles DUI convictions within 10 years leads to felony counts.) But Hicks’ attorney doesn’t seem to think that the most recent charge of DUI in a wheelchair will stick.

Alleged DUI Driver Hides in Church, Claims Dog Did It

Another Florida motorist, this time from Manatee County, came up with an unusual excuse when police finally caught up with him to question him about his driving. TV station WFTS reported that sheriff’s deputies spotted Reliford Cooper speeding and tried to pull him over. Instead of obeying, the 26-year-old took off, leaving the road and driving through two ditches before crashing into a house. But even that act didn’t slow Cooper down; he took off on foot and tried to hide in a church. The churchgoers, however, had none of it, and they chased Cooper out of their building.

The deputies finally got Cooper into handcuffs, which is when he allegedly told them that he wasn’t responsible for the erratic driving because his dog was driving the car. (The dog must have been invisible, because nobody has seen a trace of it.) The officers didn’t buy his story, since Cooper smelled like alcohol and marijuana. They charged him with DUI.