Would the number of DUIs in Los Angeles decrease if drivers and/or police officers had an easier, more reliable way to measure blood alcohol content? 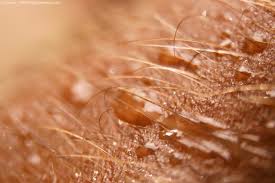 Researchers at the University of San Diego have developed a wearable, flexible sensor that can accurately measure a person’s BAC from sweat. The device, a temporary tattoo, actually induces sweat and then detects the alcohol levels electrochemically. The device communicates the information to a mobile device—laptop, tablet or phone—via Bluetooth.

Nano engineering professor Joseph Wang and electrical engineering professor Patrick Mercier led the team that developed the sensor. “This technology provides an accurate, convenient and quick way to monitor alcohol consumption to help prevent people from driving while intoxicated,” said Wang. He envisions interfacing the device with an ignition interlock device, or people using it to monitor their own alcohol levels so they could refrain from driving if they were legally under the influence.

END_OF_DOCUMENT_TOKEN_TO_BE_REPLACED

You’ve heard our Los Angeles DUI blog pound on the theme of “get help as soon as you can after a DUI” numerous times. Any credible attorney or authority who knows anything about California DUI law will tell you that you need to act rapidly to preserve your freedom and protect your options.

Nevertheless: many, many people recently arrested for the crime exhibit a lackadaisical attitude about the timeframe.

For instance, you only have 10 days after the arrest to contest the license suspension, after which time you may be forced to live without your driver’s license for months or longer. It’s understandable that you might be stunned by the rapid turn of events and overwhelmed by the potential legal ramifications. But when time is of the essence, you absolutely need to act.

It’s hard to get people to understand this theme, however, no matter how many different ways we (and others) bring it up and highlight the need for urgency.

Fortunately, recent news events have given us a golden metaphor to re-explain the problem.

Last week, the European State Agency (ESA) landed a small ship on a comet – the first time humanity has ever landed a probe on a comet. The 2.5 mile wide Churyumov-Gerasimenko comet is about 317 million miles from Earth, and it’s traveling at breakneck speeds of 84,000 miles per hour. Unfortunately, the probe encountered a few technical problems on its way down from its mother ship, Rosetta, and it was not able to clamp down to the surface of the comet.

Unsurprisingly, the gravity on the comet is much, much, much weaker than it is here on Earth. So when the probe landed, it bounced and then landed again in a shadow of a cliff on the comet. While the search for the final landing site is still ongoing, the lander is racing against the clock to meet as many of its core science goals as possible before the primary battery is exhausted.

Scientists had hoped that the probe would land in a sunlit place and be able to access solar power to continue its mission for longer. But now they have to act quickly or lose out on science that researchers have spent billions of dollars trying to procure. The point is that these researchers understand the dangers of failing to act in a timely fashion. When there is billions of dollars at stake and millions of eyes on you, you tend to take your job pretty seriously.

But the consequences of not acting in situations where action is required may not be so clear if you are the only person affected by delay. To that end, please contact the team here at the Kraut Law Group to schedule a free and confidential consultation regarding your rights. An experienced Los Angeles DUI defense lawyer can help you understand your next steps and act rapidly and with clarity.