Los Angeles DUI attorneys continue to review the aftermath of DUI cases from Super Bowl Sunday, which, as we’ve reported in the past, has one of the highest rates of DUI driving in the country. (Other dangerous days, from a DUI point of view, include New Year’s Eve, Valentine’s Day, and St. Patrick’s Day.) 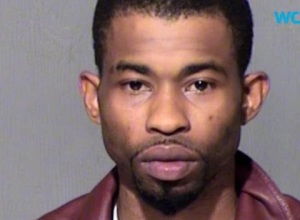 Early in the morning on Feb. 1, police arrested Marcus Paulk for driving under the influence and marijuana possession. Formerly, Paulk performed on Moesha, a television show that aired from 1996-2001. An officer conducted a traffic stop after observing Paulk’s vehicle allegedly driving too close to emergency vehicles parked on the side of the road.

The arresting officer noticed the scent of alcohol and the smell marijuana emanating from the former child star’s pockets. Paulk’s Blood Alcohol Content (BAC) level tested at 0.109% at the time of arrest. He readily admitted to drinking and smoking marijuana before driving.

Many people assume that fame and celebrity encourage positive outcomes in court; however, the truth is that the factors affecting each DUI case are different for everyone. Securing legal advice is the best course of action to evaluate your circumstances.

An officer needs probable cause before stopping you, and you must engage in some sort of traffic violation. Driving erratically or within dangerous proximity to a parked vehicle (Paulk’s case) could lead to a traffic stop. Additionally, failure to make a complete stop or inoperable lights on your vehicle creates suspicion and justifies traffic stops.

When stopped, it is important to remember that all tests administered are voluntary. If you refuse to take an alcohol-screening test, make it clear that you prefer a blood test. On-site breathalyzer and field sobriety test results are unreliable, and they may serve as evidence against you.