Wallethub.com’s recent ranking of the strictest states for DUI enforcement (California came out 31st) also contained some interesting statistics about impaired driving. If California follows the national trend, for example, the number of people killed in incidents involving a DUI in Los Angeles should be going down. DUI-related fatalities have declined throughout the U.S. by 52 percent from 1982 to 2013. 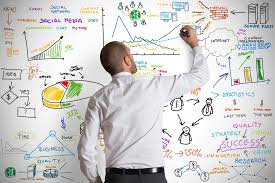 Here are some more facts and statistics offered in the Wallethub study:

• Almost half of all states now require some people convicted of a DUI to install an ignition interlock device in their vehicles. In 24 states, it’s mandatory after a first offense; 14 states require them after a first offense where the blood alcohol content is above .15. Seven states will make offenders install the device after a second offense. Six states never require the device.
• The federal government estimates the use of these devices has cut the DUI re-arrest rate by 67 percent.
• First-time offenders in the U.S. spend an average of one day in jail for a first arrest; second-time offenders will spend an average of three weeks.
• Local police in 39 states regularly set up DUI checkpoints.
• Georgia is the toughest state when it comes to license suspension; you can lose it for up to 12 months if you’re arrested on a DUI charge. The average suspension time throughout the U.S. is three months.
• In almost three-quarters of the states (37), anyone arrested for a DUI will have to undergo mandatory alcohol abuse assessment and/or treatment.