As someone who’s been arrested for the crime of driving under the influence in Los Angeles, you’ve already spent a quite a lot of mental energy figuring out how you’re “going to deal with this” in a constructive fashion. You’ve potentially imagined worst case scenarios – i.e. massive jail sentences, huge spikes in your insurance rates, the loss of your job, etc – as well as positive outcomes – e.g., getting the charges dismissed altogether and even getting a letter of apology from the police for inconveniencing you. 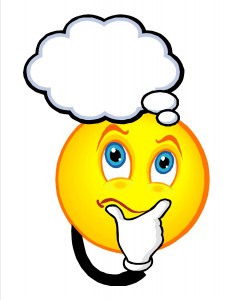 But just imagine for a second what would have happened, if the police hadn’t stopped you that night?

What if you hadn’t been pulled over or busted at a checkpoint? How would your life be different? Would you be as concerned about your driving habits and/or proclivities to consume alcohol and/or prescription medications? Would you be as alert as you are now to your possible bad habits?

The reason why it’s good to run through this thought experiment is that it can help reframe your Los Angeles DUI arrest in a slightly more positive light.

Even if you wind up serving jail time and suffering other slings and arrows doled out by the court system, your arrest can still be an object lesson. After all, you survived the experience. Many people who drive DUI don’t. So no matter what happens, you’re getting a second chance. If you can view your DUI defense as an opportunity for self growth and improvement – as difficult and perhaps absurd as that may sound – it will help you not just psychologically but also logistically. After all, assuming you did commit a crime, the court will want to see that you’re committed to turning yourself around — to becoming a safer and more responsible driver.

Do not make your defense decisions in a vacuum, however.

Let the Kraut Law Group guide your progress and ensure that you follow a coherent, cogent legal strategy. Attorney Kraut is a former prosecutor who attended Harvard Law School. Local and national news organizations, such as KTLA News, The New York Times, and the Los Angeles Times, often consult him for his deep insight into the Los Angeles DUI defense process.