Quick quiz: let’s say an officer stops you on suspicion of driving under the influence in Los Angeles and asks to see your license and registration. Should you: 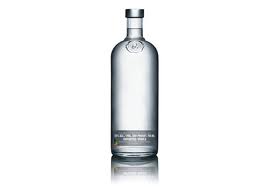 A) Give him or her your license and registration?

B) Give him or her a receipt for a bottle of vodka that you just bought?

If you answered A, you are correct.

If you answered B, you might want to reexamine your beliefs, in light of what happened to 60-year-old Brenda Drinkwater (her real name), of Revere, Massachusetts.

According to reports, officers said that Drinkwater had been driving the wrong way on Summer Street late Monday afternoon, forcing other cars off the road. Police Chief, Fredrick Ryan, pulled her over and asked to see her license and registration… which is when she handed him a receipt for a bottle of vodka she had just purchased.

Per news reports: “[Ryan] then saw an open bottle of vodka in her passenger seat and could clearly smell the odor of liquor on her breath.” He put her through the paces of field sobriety tests, which she allegedly failed, and arrested her for driving under the influence – her 7th lifetime DUI.

Drinkwater also faces charges of not keeping to the right, drinking alcohol from an open container, and negligently operating her vehicle with endangerment. She was held without bail until a hearing on Friday.

It’s easy for the general public to laugh or scoff at someone for getting 7 DUI arrests. And no one — not even the most staunch DUI defense advocate — wants to see driver who have been convicted six or seven times for DUI driving wildly all over the roads. There needs to be a balance.

That said, most people want the punitive solution for recidivists. They labor under the impression that these people “can’t help themselves” and “are hardened criminals” who “don’t care about themselves or the society.” These judgments are hurtful, and they don’t necessarily stop the problem. Obviously, we need to keep the roads safe and prevent DUI drivers from hurting people and themselves. But we also owe it to ourselves to find more compassionate, inventive and successful ways of keeping the streets safe.

For help developing a smart, effective defense to your charges – and to rebuild your life following your arrest – contact a Los Angeles DUI defense lawyer with the Kraut Law Group right now. Schedule a free consultation with Harvard Law School educated attorney Kraut.

If you have been arrested for a DUI in Los Angeles or you are under investigation for driving under the influence in Southern California, please contact Los Angeles criminal defense attorney Michael Kraut for assistance by phone at (323) 464-6453 or online. We’re located at 6255 Sunset Boulevard, Suite 1520, Los Angeles, California 90028.