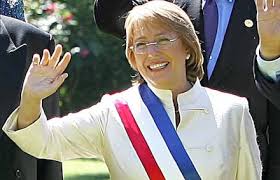 Adhering to Los Angeles DUI laws can keep you and other drivers safe and preserve your freedom. But these laws are always in flux. Authorities are constantly seeking stronger enforcement capabilities to thwart DUI driving and punish offenders. This is true here at home and abroad.

For instance, legislators in Chile just radically revised how that country handles and punishes DUI driving. The new law, which Chilean President Michelle Bachelet signed on September 15, decrees that any DUI driver who causes the severe injury or death of another individual must spend at least one year in prison.

Named for a 9-month-old girl who died in a DUI driving accident in 2013, “Emilia’s Law” expands upon established sentencing guidelines. Previously, DUIs involving death or injury in Chile carried a 5-year to lifelong license suspension, but no prison time.

“Emilia’s Law” also defines two additional infractions, including professional drivers caught drinking and individuals fleeing accident scenes or refusing breathalyzer tests. Given that 20 percent of fatal car accidents in Chile have been tied in some way to alcohol use, the President hopes to reduce the devastating impacts of such incidents.

In Los Angeles, most drivers understand that drinking and then driving is unacceptable behavior. However, not everyone realizes how severe the penalties can be. Here are DUI concepts all drivers should understand and internalize:

•    Sentencing guidelines. From six months for a first offense to several years for DUI manslaughter or homicide, a conviction can mean significant time behind bars.

•    Substance use. Alcohol isn’t the only drug that can lead to a DUI conviction. Did you know that California authorities check drivers stopped for DUI for illicit drug use (and for the use of some prescription drugs) via blood tests?

•    Underage restrictions. Those under 21 with any amount of alcohol in their blood will face penalties.

The best way to avoid the increasingly severe penalties of a DUI is not to drive while DUI. However, people make mistakes. Whether you believe police wrongfully stopped you at a checkpoint, or you got into a crash while allegedly under the influence of drug or alcohol, call a qualified Los Angeles DUI attorney at the Kraut Law Group to schedule a free and confidential consultation.