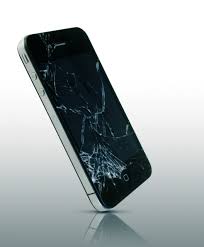 In Greenville, South Carolina, a woman ran into a stopped tractor trailer–halted by the side of the road on I-85 because of a previous accident–around 8:45 on February 21st. Police believe that the woman was trying to make a phone call on her hand held cell phone when she hit the vehicle. The unnamed woman suffered serious injuries and doctors had her airlifted to Carolinas Medical Center in Charlotte.

The DUI is connected with the accident that started it all. A Honda Pilot had attempted to merge into the lane occupied by the tractor trailer and misjudged, resulting in a collision between his car and the truck. Junior Santos, the Pilot’s driver, suffered only minor injuries. But police did charge him with driving without a license, driving while intoxicated and unsafe lane change.

According to the CDC, distracted driving–which includes using cell phones–accounted for the deaths of 3,328 people in 2012. Another 421,000 people were injured in crashes involving distracted driving. The CDC reports 10,076 people killed in alcohol-impaired driving crashes in 2013. The combination of the two, when one driver is texting and another DUI, could be especially deadly.

Even if no one is killed, the consequences can be severe. In California, a driver who seriously injures someone in a DUI-related accident can face up to 13 years in prison under the provisions of Vehicle Code 23153.